GEORGE HABIB
Contributed to The Globe and Mail
Published February 3, 2016 Updated May 16, 2018

George Habib is president and chief executive officer of the Ontario Lung Association.

The horrifying picture of a 16-year-old Alberta boy badly burned last week when an electronic cigarette blew up in his face has detonated another debate about the risks and reported benefits of these increasingly popular devices.

For proponents, the case for e-cigarettes is simple and compelling: Smoking is the leading cause of preventable illness and premature death in Canada; e-cigarettes are safe and they help people to quit smoking; governments, health authorities and advocacy organizations should be promoting them, not trying to restrict them.

If all that was true, of course, the discussion would be over. But health and addiction experts continue to express serious concerns, and not just about the lung damage that could result from inhaling a vapour containing unknown and potentially harmful substances. Their more serious worry is that e-cigarettes will undermine decades of progress in tobacco control, making smoking acceptable again and exposing a new generation of Canadians to nicotine addiction.

The problem is that research into the risks and benefits of e-cigarettes is still scarce and often contradictory. Are they safer than tobacco cigarettes? Probably, even given their propensity to catch fire or, in the case of the Alberta teenager, explode. But as McMaster University respirologist Marcel Tunks told lung-health experts at their annual Better Breathing Conference in Toronto last week: "Not as bad as cigarettes is not a ringing endorsement."

Various studies show that e-cigarette vapour – with or without nicotine – deliver a cocktail of potentially toxic compounds, including highly reactive free radicals (associated with cancer and chronic obstructive pulmonary disease), diacetyl (respiratory disease) and high levels of hydrocarbons and formaldehyde.

But do e-cigarettes help people quit smoking? Again, the available research is inconclusive. For every study that suggests they are an effective smoking-cessation aid, another concludes that the opposite is true – that using e-cigarettes actually makes quitting more difficult and success more elusive.

From a public-health perspective, the more worrying news concerns the increasing use of e-cigarette among adolescents. Not only are more teenagers using e-cigarettes, but those who do are more than twice as likely to move on to smoking tobacco. This could develop into a major setback in the war on tobacco.

Smoking rates in Canada have never been lower. This is partly because of the availability of smoking-cessation aids such as nicotine-replacement therapies and prescription medications, but mostly because years of public health and policy initiatives have restricted, denormalized and marginalized smoking behaviour.

The same regulatory approach should be applied to electronic cigarettes. They should not be sold to minors or be available in flavours that appeal to young people. They should not be advertised in the media or displayed in outlets where they are sold. The use of e-cigarettes should be banned in all workplaces and public places where smoking tobacco is prohibited.

More research is needed to determine whether the reputed benefits of e-cigarettes as smoking-cessation aids outweigh the potential harm to individual and public health. In the meantime, a cautious approach by governments and public-health agencies is the only responsible option. 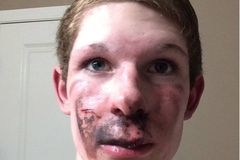