Alberta Premier Rachel Notley is fighting a pipeline war on two fronts. It's difficult to say whether she's winning either campaign.

The New Democratic Party Leader finished a cross-country tour this week designed to capture people's affections for Alberta's oil in general, and Kinder Morgan's Trans Mountain planned pipeline expansion in particular. She finished her excursion in Vancouver on Thursday, speaking to an audience of mostly pipeline boosters at the board of trade. The hearty standing ovation she received at the conclusion of her speech was no great surprise.

A greater test of her message would have been a chat before the Union of B.C. Indian Chiefs. While Ms. Notley was getting easy applause in front of a pro-business crowd, the union's grand chief, Stewart Phillip, was issuing a news release promising more delays on the Trans Mountain project. He vowed a drawn-out and expensive legal battle that would not end well for the pipeline.

"Some people will remain opposed to the project right to the very end," Ms. Notley told me in an interview, responding to Mr. Phillip's threat. "But my hope is we will be able to grow support among Indigenous communities as we go along. We may not get all of them on our side but certainly many of them."

Ms. Notley's visit to B.C. is unlikely to change public opinion much. The province remains very much divided on Kinder Morgan's proposed undertaking. The province's NDP government opposes it. So does the NDP's governing partner – the Green Party. For now, it remains a matter very much in the hands of the courts and the National Energy Board, and no amount of preaching by the Alberta Premier about the broader benefits of the oil industry to Canadians is going to change that.

But the battle for the hearts and minds of those not yet willing to embrace the project is only one struggle she's engaged in. The other is with her primary political opponent, Jason Kenney, Leader of the newly constituted United Conservative Party. He's using the pipeline project as a political cudgel with which to batter Ms. Notley's government. For months now, he's been suggesting that all of the environmental measures the NDP government brought in to get so-called social licence for the project were for naught; instead, he insists, her plan has backfired spectacularly.

Along the way, he's also been suggesting things that the New Democrats insist are patently untrue – such as the amount the carbon tax and other environmental measures will increase home heating bills for Albertans.

Many people have criticized Mr. Kenney for deliberately propagating false information, in the same manner a certain U.S. President does. Ms. Notley isn't afraid to make a direct comparison. And she believes her opponent, as much as anyone, is hurting the province's chance of getting a pipeline.

"He isn't like any politician that any of the other premiers have to face because of his Trumpian style," Ms. Notley told me. "On the pipeline debate, Mr. Kenney has been so isolationist and rhetorical in his commentary, basically suggesting we build a wall around Alberta. I wouldn't be surprised if he followed that up by demanding B.C. pay for it.

"It's that kind of irrational approach to things that will not hold him in good stead in the long term and I think Albertans are not interested in electing a Trump-like character."

It's Ms. Notley's belief that Mr. Kenney and his supporters have been cheerleading for opponents of the pipeline all along, quietly hoping it fails for their own political reasons. That's a serious charge. On the other hand, it's difficult to find anything Mr. Kenney has done or said that has been very helpful throughout this long, painful pipeline-approval process.

In roughly 18 months, this pipeline mess, if still unresolved, could well be Mr. Kenney's problem with which to deal. Polls put his party far ahead of the NDP at this point. For her part, Ms. Notley is nonplussed by the significant chasm that exists between public support for her party and the UCP. Then again, you really wouldn't expect her to be any other way.

She reminds me that there were three by-elections held five months before the past election and her party averaged less than 5 per cent in all of them. Five months later, the NDP was government.

"The polls are not a thing right now," she said. "I'm more interested in creating a record of governance that I can take to the people of Alberta and be proud of. That is my focus."

The Trudeau government made a decision on Trans Mountain. Now it has to make it stick
November 11, 2017 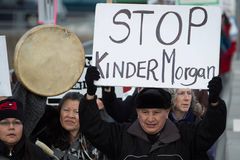 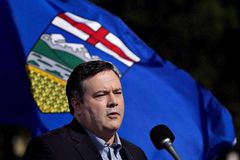 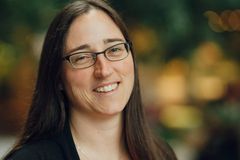