In today's Parliament, a proposal to change the words of the national anthem causes passionate debate that lasts for days, but going to war raises scarcely an eyebrow and is decided in a matter of minutes.

War is a matter of the utmost seriousness, a form of government policy that is qualitatively different from any other. It is not to be entered into lightly, or without proper consideration of interests, costs and benefits. One would think that, in free societies, there would always be at least one representative of the people who would have some qualms about it and also the courage to express them.

This has always been the case in the past. In September of 1939, the leader of the Co-operative Commonwealth Federation, James Shaver Woodsworth, voted against Canada's entry into the Second World War. Rather than bringing opprobrium upon himself, he won the praise of prime minister Mackenzie King, who declared: "I admire him in my heart, because time and again he has had the courage to say what lies on his conscience, regardless of what the world might think of him."

Similarly, in 1964, although the U.S. House of Representatives had voted 416-0 in favour of the spurious Gulf of Tonkin resolution that justified American intervention in Vietnam, two senators, Wayne Morse and Ernest Gruening, voted against; in doing so, they salvaged at least a fragment of Congress's honour.

Sadly, the Woodsworths, Morses and Gruenings are nowhere to be seen today. On Monday, with scarcely a debate, the House of Commons unanimously acclaimed a motion in favour of taking "all necessary measures" against Libya. This was truly extraordinary. There was no need for patriotic solidarity, as Canada had not been attacked, and although the United Nations-backed military action has won the support of many members of the public, it is opposed by many others. In fact, commentators across the political spectrum have lined up to condemn it, pointing to the lack of Canadian vital interests in Libya, as well as to the seeming disconnect between the means being used and the rather uncertain aims being pursued. Yet, apparently not one MP thinks this war is a bad idea.

One of the most unsettling aspects of the affair is the universality of the belief that force is an acceptable tool of policy. No one expects Parliament to be filled entirely by pacifists, but the record of war is such that it is remarkable that not a single member champions the view that war should be avoided unless the case for it is overwhelming.

In recent years, the West has resorted to force with increasing frequency, yet with results that are, at best, ambiguous and, at worst, decidedly negative. Surely someone among our representatives must think we would be better off exercising more restraint. The fact that no one apparently does suggests that parliamentarians live in a moral bubble, gripped by what American sociologist C. Wright Mills once called "crackpot realism," a kind of groupthink that makes them all view the world alike and in a manner at odds with those whom they claim to represent.

An alternative explanation of their behaviour is possibly even more disturbing. It could be that some of them do think bombing Libya is a bad idea but are afraid to admit it. They may imagine that it would look bad to oppose a motion that, among other things, ends with a statement offering "wholehearted support to the men and women of the Canadian Forces." If so, they do not deserve to hold their positions. War is too serious a matter to betray conscience for a mere fear of unpopularity.

Unanimity in a democracy is never a good thing. With an election looming, voters have the right to choices. Matters of special consequence, such as war, need to be debated, and all sides of the argument need to be represented. Sadly, instead of having an opposition that gives voice to those who object to government policy, we have an opposition that prefers to conform.

It may imagine that it is revealing its ability to rise above partisan squabbles and thus demonstrating its worthiness to govern, but it is doing the country a disservice and so demonstrating the opposite. As John Kennedy said, "Without debate, without criticism, no administration and no country can succeed."

Paul Robinson is a professor in the Graduate School of Public and International Affairs at the University of Ottawa, and the author of numerous works on military history, military ethics and defence policy. He has served as an officer in both the British and Canadian armies.

Opinion
Blame R2P: The intellectuals go to war
March 26, 2011
Opinion
Where was Teddy Roosevelt when we needed him?
March 21, 2011 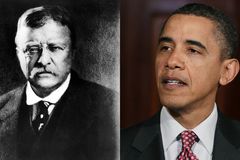 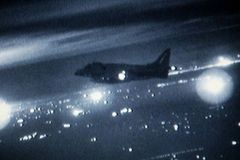