There is a photo in our family album, the subject of much nervous laughter these days, that shows my brother in a childhood Halloween costume. He's five or six years old and is dressed – there's no getting around this – as a little Chinese man, complete with a satin cap and long black queue. He's got a doleful expression on his face, as if to say: You couldn't just let me be a dinosaur, could you?

Who thought this was a good idea? Even in those days, decades ago, who would have sent a little boy with an Italian name around the streets of Toronto dressed as an elderly Chinese man? My parents, obviously. Everybody was too busy smoking and having affairs in the 1970s to think much about the racist costumes they put on their kids. It was, in the immortal words of Grampa Simpson, the style at the time.

I would imagine that the photo albums of the future – or the digital mind implants that replace them – will be the subject of similar disbelief. You put your kid in a headdress? In a turban? You sent him out dressed as a terrorist? I already regret dressing one of my kids as a Mexican Day of the Dead skeleton one year. It seemed adorable at the time – but now seems disrespectful of another culture's cherished tradition.

There are few things scarier than the debate that arises every October over offensive Halloween costumes (okay, the impending apocalypse is slightly scarier, though less predictable). The latest brouhaha involves a French-language school district in Ontario that sent a polite note home to parents suggesting that costumes should take into account other cultures' feelings: no kimonos or feathered headdresses or kids dressed as an "urban ghetto dweller." In the past, other schools across North America have issued Halloween guidelines that ask for sensitivity when choosing costumes. As the Ontario board said in its recommendations, "certain themes are touchy spots for members of our community and we want to show them kindness."

As the news echoed around the province, it led to familiar cries that Halloween – that tasteful and reverential holiday – was being "ruined." It was being ruined because it was no longer acceptable to dress your kids as if it were 1972 and white was the only colour. It was ruined because people were being forced to confront unpleasant truths about how we treat marginalized people, instead of just spending 24 hours stuffing our faces with miniature bags of potato chips and chocolate that tastes like wax. It was ruined because change is uncomfortable, especially for the comfortable.

But times do change. Norms change. Costumes change. Language changes. It's no longer okay to say you "welshed" on a bet or were "gypped" at the store. In the same way, it's not cool to wear a piece of nylon that cost you $8.99 at the mall but might represent something sacred or historically important to someone else.

You know who knows this? Kids do. Kids don't want to be wearing feathered headdresses and carrying tomahawks or dressing like terrorists. They know it's not 1972. They are, by and large, growing up in communities that are much more diverse than the ones that surrounded us. They are wiser than we are. If I can judge by the dozens of kids who came to my door last year at Halloween, they want to be dressed as vending machines and Pokemon creatures, Steve from Minecraft and Wonder Woman. They want to be ghouls and zombies and Harry Potter, princesses and vampires and robots. A surprising number still want to be Freddy Krueger.

Left to their own devices, children would probably come up with demented outfits that offend no one. They'd all be rainbow unicorns and bags of Skittles. It's adults who ruin the fun when they dress up, deciding that "Mexican border wall" is a scream or, if they're going as a couple, "Mexican border wall and sexy border agent." (These are actual costumes on sale this year.) I live for the day when the last sexy costume is designed at the sexy costume factory and the designers all say, "Well, that's it then, we've gone as far as we can go," then put away their sewing machines and bits of garter. What will that last costume be? Sexy actuary? Sexy gerontologist? Sexy large animal veterinarian?

I mean, if you really feel the need to be offensive, I can think of a few costumes that would raise screams in Toronto. How about dressing for Halloween as unrefined sugar? Or a juice box in a school lunch bag? Or unscooped dog turds? What about a concept costume that is both ingenious and shocking: You could be a driver who actually stops for pedestrians. Or an affordable rental building in a neighbourhood of single-family houses (you may need a few friends for that one and prepare to be driven out of any community you visit). Or you could just put on the mask that I saw in Shoppers Drug Mart the other day – a horribly burned and disfigured baby's face – and go out dressed as the Spirit of 2017.

As for me, I plan to be Medusa for Halloween. The way I'm feeling this year, I may not even need a costume. 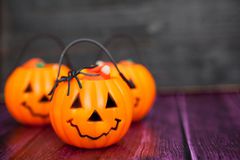 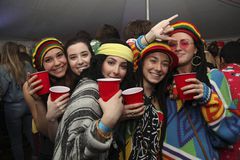