Ian Buruma is professor of democracy, human rights and journalism at Bard College, and the author of Year Zero: A History of 1945.

Much has been written about Donald Trump's peculiar hairstyle, the kind of puffy, dyed comb-over one would associate with a downmarket nightclub manager rather than a presidential candidate. Is there really any more to be said? Actually, the question of hair in politics might not be as trivial as it seems.

It is remarkable how many politicians, especially on the populist right, have sported heterodox hairdos. Silvio Berlusconi, Italy's former prime minister, used black pencil to fill in the patches not covered by his two hair transplants. The Dutch demagogue Geert Wilders dyes his Mozartian bouffant platinum blond. Boris Johnson, the Brexit rabble-rouser, now British foreign secretary, takes care to keep his straw-colored thatch in a permanent state of studied untidiness. All have scored highly with voters filled with anger and resentment about polished urban elites.

Then there was the father of modern European populism, the late Dutch politician Pim Fortuyn, who had no hair at all. But his shiny, clean-shaven pate stood out as much among the neat grey coiffures of mainstream politicians as does Mr. Johnson's blond mop and Mr. Trump's gilded affair.

Standing out is, of course, the point. The strange hair, or shaven head, makes the popular leader instantly recognizable. This type of branding is common among dictators. Hitler's visual image could be reduced to a greasy cowlick and a toothbrush mustache. The oddest-looking of all contemporary dictators must be North Korea's Kim Jong-un, whose clean-shaven back and sides are cultivated as a deliberate imitation of his grandfather's 1930s proletarian hairstyle.

But self-parody sometimes works in democracies, too. Winston Churchill, who in many ways is Mr. Johnson's model, always made sure to carry a big cigar, even when he had no intention of smoking it. There was not much he could do about his sparse hair, but he certainly dressed differently than anyone else. Studied nonchalance, or cultivated eccentricity, was a sign of the typical aristocrat who felt no need to conform to the boring standards of middle-class correctness.

The United States does not have a formal aristocracy; status is more a question of money. One of the secrets of Mr. Trump's popularity is that he flaunts his supposed great wealth. He even exaggerates it. The absurd golden chairs in his pastiche Louis XIV homes are a coarse imitation of aristocratic style. Mr. Fortuyn, on a more modest Dutch scale, and Mr. Berlusconi, on a more grandiose Italian stage, had similar tastes. People for whom this is the stuff of dreams admired them for it. Affirming the dreams of people who have little is the key to successful populism.

The main thing is that these politicians are not like the dull and moderate mainstream. Even insiders have to pose as outsiders, who can stand with the common man against the political establishment. Weirdness – peculiar upper-class mannerisms, ostentatious living, outrageous jokes, deliberate crassness and mad hairstyles – is an asset.

I am not sure people who rightly see Mr. Trump as a great danger to the U.S. and the world sufficiently appreciate this.

Much has been made of the reasonable and moderate tone of the Democratic National Convention, compared with the snarling bombast of the Republicans' event. President Barack Obama, Vice-president Joe Biden and nominee Hillary Clinton were paragons of dignity, compared with Mr. Trump's Mussolini-like mannerisms and verbal aggression.

Clinton supporters tend to attack Mr. Trump with ridicule, which can be an effective weapon. (In the 1920s, journalists such as H.L. Mencken made Christian fundamentalists in the U.S. look so foolish that they dropped out of politics for several generations.) And Mr. Trump's offensive braggadocio, his vulgar tastes and his extraordinary looks are all eminently ripe for satire. Comedians have had merciless fun at his expense. But satire and ridicule will not work to persuade people who love Mr. Trump precisely because of his weirdness. It sets him apart from the establishment they despise. Charisma does not call for restraint in words, appearance or manner. The weirder he gets, the more his supporters like him. And the more that clever comedians mock him, the more his fans will rally to his side.

This is the great perversity in our age of angry populism. Reasonable arguments and political optimism can now be turned into negative qualities, the typical marks of a complacent elite, oblivious to the concerns of people who feel that the joke has been on them. Reasonable argument did not work to convince 51.9 per cent of British voters to remain part of the European Union. It may not work to keep an ignorant and dangerous buffoon – silly hairstyle and all – from becoming president of the United States.

Boris Johnson: Britain's top envoy anything but diplomatic
July 14, 2016
What would H.L. Mencken think of the spectacle that is the U.S. election?
July 22, 2016 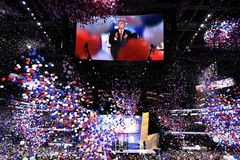 Opinion
The threat of the demagogues
June 13, 2016 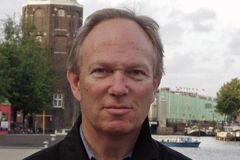