For the past two months, the opposition parties have hammered the federal Liberals for holding intimate soirées at which donors pay $1,500 to have a drink with a minister or even the Prime Minister. As his explanations become ever more laughable, Prime Minister Justin Trudeau looks like a punch-drunk boxer, holding onto the ropes until the bell rings – in this case at the beginning of Christmas recess.

It's standard political blood sport, and Mr. Trudeau deserves all the punishment he's taking – not for corruption, but for the hypocrisy of his platform statement about fundraising, promising no "appearance of preferential access to government" for those who "have made financial contributions to politicians and political parties." It seems Mr. Trudeau had no intention of keeping that promise, or other campaign promises that have been broken in the past year.

Okay, the Liberals were deceptive and hypocritical. They have to pay the political price. But don't enact damaging legislation, as the NDP has proposed, turning Mr. Trudeau's unenforceable guidelines into statutory law.

Let's be clear about the facts. What the Liberals have been doing is what the Conservatives did when they were in government, and what political parties in Canada, both federal and provincial, have always done – hold fundraisers where well-heeled donors get to spend time with prominent party figures. That's not a bad thing; it's a good thing.

Political leaders shouldn't talk just to their own officials; in particular, they need to hear from the owners, managers and professionals who keep the wheels turning in Canada's economy. If occasional foreign billionaires slip into the mix, the penalty should be political, not legal, as long as they don't make illegal financial contributions.

Starting with Aristotle, political philosophers have recognized that stable constitutional government requires balancing the interests of those with greater wealth against the interests of those with less. That's why the Fathers of Confederation crafted a property-ownership requirement for appointment to the Senate. That's why it's useful to allow those who want to spend a bit of their own money to buy tickets to receptions with prominent politicians.

The cost of these sessions is risible – $1,500. At one time, it might have cost $10,000, $25,000, or even more to attend a reception with the prime minister. The big money has already been driven out of politics by the successive reforms of Prime Ministers Jean Chrétien and Stephen Harper, cutting off corporate and labour donations, large personal contributions and direct subsidies from the government itself. No minister of any party can be bought for $1,500. And that $1,500 is the maximum you can give to a party for a whole year. If you use that amount to buy a ticket to a reception, you are merely concentrating the modest amount you can give that year.

Political parties need money to carry out their essential functions. Since the Chrétien-Harper reforms, they have been raising it through grassroots fundraising, of which these ticketed events are merely a high-end branch. If we start legislating against such harmless and even beneficial forms of fundraising, we may end up returning to direct government subsidies instead of letting parties compete in the political marketplace.

That, in fact, is what the NDP, Greens and Bloc Québécois are aiming at. Unable to cultivate grassroots fundraising as effectively as the Liberals and Conservatives, they want to get back on the public teat. For their part, the Conservatives should be careful. The tactical victories won through attacking Liberal hypocrisy could turn into strategic defeat if there is a full-fledged moral panic about the ways in which political parties raise money. The result of such a panic would be the return of the governmental subsidies that the Conservatives under Mr. Harper's leadership worked so hard to terminate. 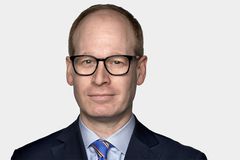 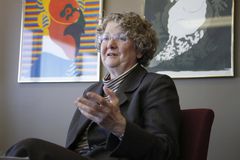 Justin Trudeau says he uses cash-for-access fundraisers to champion the middle class
December 13, 2016
Follow us on Twitter @globedebate Opens in a new window
Report an error Editorial code of conduct
Due to technical reasons, we have temporarily removed commenting from our articles. We hope to have this fixed soon. Thank you for your patience. If you are looking to give feedback on our new site, please send it along to feedback@globeandmail.com. If you want to write a letter to the editor, please forward to letters@globeandmail.com.
Comments