Mr. Kenney, who took over the leadership of the unified right-wing party last weekend, spent a good deal of his campaign bashing the Alberta Premier for what he characterized as her tepid dealings with British Columbia around the project.

For his part, Mr. Kenney has said his interactions with Alberta's western neighbour will be much tougher should he become Premier in 18 months' time. He's talked about retaliatory measures if the province's NDP government is successful in blocking the project from going ahead. Up until now, Ms. Notley has chosen a more diplomatic path in her dealings on the matter, even in the face of mounting obstacles. But the calm pose she has struck will be harder to maintain now that Mr. Kenney is on the scene, accusing her of not standing up for the interests of her province.

Perhaps because of the stress Mr. Kenney has created around this issue, or perhaps not, the Alberta government announced this week that it had notified the National Energy Board that it will intervene in an effort to help Kinder Morgan get the approvals needed to begin on the Burnaby portion of the endeavour.

Burnaby's mayor, Derek Corrigan, fiercely opposes the pipeline, and has vowed to stand in front of a bulldozer to stop it if he has to. You get the impression that Mr. Kenney would be only too happy to hop into the driver's seat of the big machine, given the chance.

The municipality has been stalling in issuing the permits that Kinder Morgan needs to commence construction, no doubt hoping that the project is killed by the courts in the interim.

The pipeline company says it is already nine months behind schedule, which is a statistic that comes at a price. (The company says each month delay means an additional $30-million to $35-million in costs). Of course, someone such as Mr. Corrigan doesn't care about that.

Kinder Morgan says it wants the NEB to immediately establish a protocol to deal with scenarios in which municipal or provincial permitting agencies unreasonably delay or fail to issue permits or authorizations in relation to the project.

B.C. is also going to participate in the NEB's review of Burnaby's behavior. In the meantime, Alberta and B.C. have also both received intervener status on an upcoming lawsuit brought against the project.

You might imagine how Mr. Corrigan's tactics, and those of the B.C. government, are playing on the east side of the Rockies. Albertans are incensed, and it's hard to blame them. They thought the expansion was approved, was going ahead, and yet the B.C. government and others are doing everything in their power to ensure it doesn't.

Politically, this is horrible for Ms. Notley.

The NDP Premier brought in a raft of highly unpopular environmental reforms, including a carbon tax, on the promise it would help the province get its oil to tidewater. She thought she had her project. And now it looks dicier by the day.

Mr. Kenney, naturally, has exploited every inch of the political opportunity the situation has presented him.

His threat to go to economic war with B.C. if its government is successful in stymieing the project is very real. (He's hinted at trade sanctions of some sort). And people in his province are lapping it up, much to Ms. Notley's chagrin.

Mr. Kenney is an astute practitioner of his craft. He smells political openings a mile away and he has one with this issue. And if I was an out-of-work Albertan whose livelihood depends on the oil industry, and I was watching what was going on in B.C., I'd be enthusiastically jumping on the Jason Kenney bandwagon.

The whole thing looks terrible. From an investment and business standpoint, what is happening with this project sends a dreadful message about the regulatory regime in Canada and why it can't be trusted. It's like the NEB's final decision doesn't matter, because there are a million and one different ways to stall or halt the project even after it's been green-lighted. Or at least it seems that way.

If it doesn't proceed, if the Derek Corrigans of the world get their way, there will almost certainly be repercussions. They will come whether Rachel Notley is Alberta premier or Jason Kenney. But I'm betting that the punitive battle plan Mr. Kenney has in mind will come at a far greater cost to British Columbia. 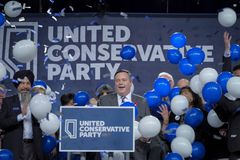 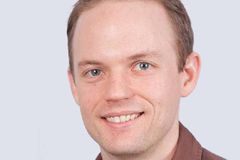 Opinion
Energy East’s demise is a gift to Kenney
October 18, 2017 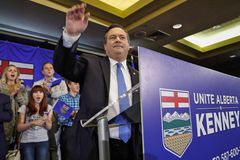