Any modest-sized Canadian city would be delighted to have such a train station. It is large, gleaming, airy and surrounded by lots of parking.

There's just one problem with this station about 50 kilometres from Seoul, South Korea's capital. Only one commuter train a day arrives at Reunification Station, not far from the Demilitarized Zone.

Like a surreal expression of a profound but forlorn hope, the South Koreans built this elaborate structure for the day their country will no longer be divided. Maps on the wall testify to the hope. They show one Korean rail system connecting to those of China and Russia, and on to Europe, east-to-west links across the Eurasian land mass starting in Korea.

Except that for such a dream to be realized, the two Koreas would have to agree on letting passengers transit North Korea, which of course is impossible – and will remain so even after Russia upgrades North Korea's railroad. (Russia really will do anything for a buck.)

The two Koreas were separated in 1953 after a ghastly three-year war that left an estimated 3.6 million people dead. Like the First World War, the armistice line after all that slaughter approximated the dividing line when the war began with North Korea's invasion. The line has congealed into one of the world's most intractable problems.

The Demilitarized Zone is four kilometres wide, with the boundary in the middle. There are the usual watchtowers and barbed wire, plus land mines. Apparently, the South Koreans have removed half of theirs, or 250,000 mines, but in total, about 750,000 remain.

The DMZ, as it is called, has become big business for South Korea. An estimated two million tourists visit every year, since the line is only about 50 kilometres from Seoul, a city that changed hands four times during the war.

Some of the biggest clumps of foreign tourists come from China, whose soldiers entered the war when the United Nations forces (largely American, but coming from 20 other countries, including Canada) approached the Chinese border.

A group of about 30 women peace activists is supposed to walk across the DMZ in May, although where they will tiptoe with all those mines, and what precisely they hope to accomplish remains a bit unclear. Feminist Gloria Steinem is the co-chair of the group, which means publicity flair. The group says it has permission from the North Korean government, about as paranoid a crowd of thugs as exists on the planet.

Peering through binoculars into North Korea, you can see the special economic zone where 3,000 to 4,000 North Koreans work at factories built and managed by South Korean companies. They pay North Korean labourers, or so South Koreans say, twice what they would otherwise make. Products are then shipped to the South.

You can also see in the distance one of the many huge statues across the country, this one atop a mountain, of Kim Il-sung, North Korea's first leader, grandfather of the nutbar who runs the place now, and the subject even today of hero worship built on propaganda and lies.

Kim never stopped dreaming of bringing the glories of his style of Stalinist communism to the South. The war ended in 1953, but two decades later, the South Koreans discovered the first of four tunnels that began in North Korea and burrowed into South Korean territory.

Accustomed to lying, Kim insisted at first that the South Koreans had built the tunnels. That story switched to admitting that the North had dug them but for coal-mining purposes, except that no coal exists anywhere near the tunnels.

Famines have plagued the North. Political repression is complete, including forced labour camps. Seen from space at night, South Korea, one of the modern world's economic miracles, is all lit up. North Korea is entirely dark.

What would happen if some day, somehow, unification happened and trains actually headed north? Think tanks and government departments in Seoul have been pondering all kinds of scenarios without anyone knowing how unification would unfold, except that the gap in living standards between the two Koreas is much larger than between East and West Germany before unification.

South Koreans would like unification. Tellingly, however, polls show fewer than half of those under 30 think it is a good idea. They have come to live beside the North as an out-of-mind reality, and rather dread the certain costs and possible chaos of unity. 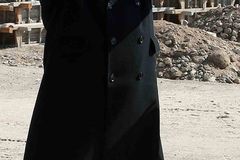 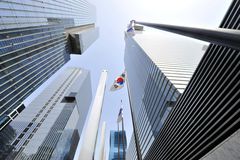