David Fraser is a lawyer with McInnes Cooper, where his practice is exclusively devoted to Internet and privacy law.

The next battleground in the tussle between privacy and freedom of expression is being prepared this week. The deadline for submitting papers and essays to the Office of the Privacy Commissioner of Canada on the topic of "online reputation" has now passed.

For many, this is the beginning of the discussion about whether there is or should be a "right to be forgotten" in Canadian law. In a nutshell, the right to be forgotten is an individual right to require an Internet search engine to remove links to content that the individual considers to be out of date, no longer accurate or simply irrelevant, regardless of whether the content is true or lawful. While the link is removed, the content is untouched.

The right to be forgotten first became widely known following a decision handed down by the top court in Europe, which ordered Google to no longer link to a particular newspaper article in Spain's La Vanguardia. The article was 12 years old and referred to a public auction being held for the repayment of social-security debts. Most importantly, it named the Spanish individual who owned the properties and the article ranked highly in a search on his name. That individual, who ironically has become famous for trying to be forgotten, complained to La Vanguardia, to Google and to the privacy regulator in Spain. While the regulator could not touch the newspaper, the European Court of Justice determined that European law includes a "right to be forgotten" and that Google had to remove the listing.

It is not surprising that the Privacy Commissioner wants to discuss whether our laws include or should include such a right. While it is an important discussion to have, the answer is very likely no: We cannot shoehorn such a right into our current privacy laws and any new laws would not withstand a Charter challenge. But even if the government were inclined to try, the European model should be off the table for a range of reasons.

If you cannot pass a law that requires a media outlet to remove content, you similarly cannot pass a law that prohibits a search engine from telling the public that it exists. Doing so would legally compel a search engine to lie to you when you are looking for content, and would be the same as prohibiting a librarian from telling you about a book that is still on the shelves.

I regularly advise Internet platform providers about defamation complaints and can attest to how difficult it is to evaluate such claims in a vacuum. And in most European cases, the media outlet is never consulted. Meddling with how content appears in search-engine listings interferes with the ability of the media to reach their intended audiences. If we cannot have a law that would take down the truthful content, how can we justify a law that prevents a third party from telling you that it exists?

Finally, it is impossible to revive forgotten information that becomes relevant again. The last federal election saw a number of political candidates whose social-media activity and other online content came back to haunt them. Past indiscretions and examples of poor judgment are clearly relevant for voters. If Canadian law allowed a right to be forgotten, one can readily imagine individuals with political ambitions trying to suppress content before running for nomination. If successful, relevant information about the candidate's history and character might be indelibly lost. Under any conception of the right to be forgotten, what is forgotten cannot be remembered again.

While seeking to uphold individual privacy rights, the right to be forgotten would trample the free-expression rights of the media, search engines and the Canadian public.

We need to tread very carefully. The debate we are about to have will certainly be interesting and, hopefully, unforgettable. 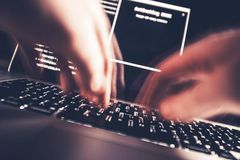 Opinion
Where privacy and security intersect, will police and intelligence (finally) work together?
February 2, 2016 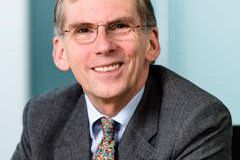 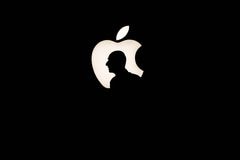 Consumer privacy needs to be a core business value
March 29, 2016 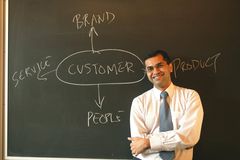