Anna Stokke is a professor of mathematics at the University of Winnipeg, co-founder and president of the non-profit organization Archimedes Math Schools and author of the C.D. Howe report, What to Do About Canada's Declining Math Scores.

Ontario's Education Quality and Accountability Office's (EQAO) 2015/2016 results from mathematics assessments should give parents in the province reason to worry. There was some positive news in that reading and writing scores increased over five years, but mathematics scores plummeted. The percentage of Grade 3 students who met the provincial math standard fell to 63 per cent from 68 per cent over five years. The results were worse for Grade 6 students. Only 50 per cent met the provincial math standard, down from 58 per cent five years ago.

Parents and mathematicians have been sounding alarm bells about math education in Canada for five years. In 2011, my colleagues and I founded the advocacy group WISE Math (Western Initiative for Strengthening Education in Math). Parents started petitions in three Canadian provinces calling for changes to math curricula, collecting thousands of signatures. Last year, I published a C.D. Howe Institute report in which I examined factors that might be causing declining Canadian math scores, such as curriculum changes, teaching methods and math skills among pre-service teachers, and made concrete recommendations for improvement.

However, progress has been plodding. Apart from a couple of important victories that saw times tables and standard algorithms re-introduced in two provinces, concerns about math curricula, textbooks and teaching approaches have been largely ignored by ministries.

For example, the Ontario government has outlined a $60-million plan that includes extra class time for math and a dedicated math professional-development day, but no plans are under way to revise the math curriculum. Math deserves more time in schools, but extra time is unlikely to help if the underlying curriculum and instructional methods are deeply flawed. Professional-development days dedicated to unproven pedagogies, such as discovery or inquiry-based learning, will not help either.

Why have EQAO math scores slipped? The first clue is that reading scores increased during the same time frame. This suggests that external factors such as socioeconomic considerations cannot be blamed for the decline – otherwise, reading scores would have decreased as well. Instead, policy changes within the education system, specific to math, must be to blame.

There have been three obvious changes to Canadian math classrooms in recent years: Important concepts like fraction arithmetic were removed from Canadian curricula or moved to later grades, traditional styles of instruction were replaced with discovery-based approaches, and common textbooks are confusing and poorly written.

Fraction arithmetic, which was once taught in Grades 4 and 5, is not introduced in any Canadian curriculum before Grade 7. Yet fluency with fraction arithmetic in early grades is known to predict later math success. Times-table memorization is optional in the Ontario curriculum, even though cognitive scientists have illustrated its importance for freeing up working memory in order to solve more difficult problems.

Multiple strategies, open-ended problems and hands-on materials are overemphasized in classrooms and textbooks, causing children to become confused. These methods are rooted in a learning theory called discovery-based learning, also referred to as inquiry, student-centred, experiential, project-based and 21st-century learning.

It is a common misconception that basic skills and deliberate practice interfere with understanding. This leads many educators to eschew such common-sense practices. Unsurprisingly, students are left without the solid foundation needed to tackle more complex problems. Students need basic facts and techniques in long-term memory, developed through hours of practice, in order to become strong problem-solvers.

Discovery-based teaching methods are not backed by solid research but are popular with the groups that design curricula, direct professional development and advise teachers. It is time to move away from these techniques and focus on evidence-based approaches.

The recent EQAO results are another sign that the current mathematics program is not working. Unless the Ontario government starts listening to common sense and stops throwing money at the very things that are dragging down student success in math, the slide is likely to continue. 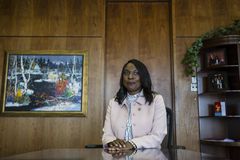