Like an old joke that loses its humour after too much retelling, the Harper government's own numbers have revealed the obvious: Canada is failing to meet its own target for reducing greenhouse gas emissions.

Join the queue. Canadian governments lead the world, and have led it for some time, in making plans for reductions that are never realized. The Jean Chrétien and Paul Martin governments did it, and now Stephen Harper's is following suit.

The Harper government promised it would do better than its Liberal predecessors, which wasn't saying much. At the 2009 climate summit in Copenhagen, the Conservatives committed Canada to reducing the greenhouse gas emissions that cause global warming by 17 per cent in 2020 from 2005 levels.

That promise will not be met. Outside experts have said so repeatedly; the Commissioner of Environment and Sustainable Development has said so repeatedly. Outside the narrow confines of the Harper government's propaganda machine, no one has believed the promise for a very long time, if ever.

Now the government's own figures underscore why all the skeptics and critics are right. And yet, confronted by its own public evidence, the government faces the facts and denies them.

"Our government is taking action to address climate change," said Leona Aglukkaq, the latest in a line of forlorn environment ministers in a government filled with senior ministers who either don't believe in the science of climate change or see no political point in doing much about it.

Ms. Aglukkaq is right: The government has taken action. But very little. Most of the Canadian action has been at the provincial level, for which the Harper government can take no credit.

Here are the numbers, published by Environment Canada but mostly ignored by the news media (which has become bored with climate change): Canada emitted 740 million tonnes of carbon in 2005, the base year for Mr. Harper's government. Environment Canada now projects that by 2020, emissions will be 720 million tonnes, a 3-per-cent drop, compared to the 17 per cent promised. To effect that 17-per-cent reduction, emissions would have to fall by more than 100 million tonnes. It isn't going to happen.

Emissions have come down impressively in some sectors and provinces. As coal is phased out, natural gas takes over and more renewables feed the grid, emissions from electrical generation will drop 41 million tonnes from 2005 to 2020. Every bit of that reduction, however, will be wiped out by soaring emissions from bitumen oil – 61 million tonnes.

Bitumen production is expected to almost triple, but emissions from it are expected to quadruple. Why? Because in situ production (pumping natural gas into the ground to heat up the gooey substance so that it can be pumped to the surface) is more energy-intensive than mining.

Emissions from every province but two are expected to come down from 2005 to 2020, with the largest drop coming from Ontario. The two exceptions are Alberta, by far the province with the largest total number of emissions (236 million tonnes) and Saskatchewan (73 million tonnes). These provinces, naturally, have far and away the most emissions per capita (Saskatchewan at 69.8 tonnes; Alberta at 63.4 tonnes).

With emissions not coming down in those two provinces, it's inconceivable that the Harper government could meet the target set for Canada by 2020. This is what other countries will know, and some might say, at the International Conference on Climate Change being held from Nov. 11 to 22 in Warsaw.

Some forthcoming changes will begin to help reduce the increase in Alberta's emissions, but these will not bite until later in the decade.

Alberta is likely to increase its energy-intensity tax from $15 a tonne to something closer to $30 a tonne. The Harper government, which has been promising regulations on oil-and-gas-sector emissions for so long that no one can remember when the first promise was made, said in the Speech from the Throne that something would be made public during this parliamentary session.

The impact of these measures will come many years from now, certainly not in time for the 2020 deadline to be met. In the meantime, the Harper government will insist everything is on track to meet the target. Its own numbers – or what we might call facts – say otherwise. 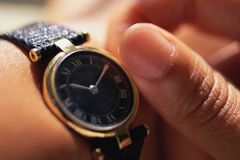