If you are bringing in $275,000 in fees but work long hours and pay for an office and staff, and the government changes tax rules so you take home $25,000 less, is that fair? Most people in that situation would probably think it's a kick in the teeth.

Let's put the question another way: If you make $200,000 net, but can set up a corporation to split off a bit of it to your two kids in university who don't pay much income tax – breaks ordinary salary-earners don't get – is that fair? Most people probably think not.

We're talking, in both cases, about a fictional doctor. But many real MDs feel the taxman is kicking them in the teeth. And many others, including Ottawa, think they shouldn't get special tax breaks. There's a yawning gap over what's fair. And both have a point.

If we were writing tax rules from a blank slate, Ottawa would clearly be right. There's no reason a doctor should be able to sprinkle income to family members when others can't. But doctors are right to feel that this was part of their deal.

Most people have little sympathy for affluent doctors paying more in taxes. But physicians do face strains and have very different incomes. Many find the talk about fairness disheartening.

Dr. Simi Khangura, a 43-year-old pediatric emergency physician in Vancouver, isn't incorporated, so she can't use the tax breaks, but she says people don't seem to understand the doctors' situation: years of training, student debt and setting up a practice in one's 30s. The province sets pay, but doctors have to pay overhead and manage finances similar to a business, including saving for maternity leaves, sick days and retirement.

It annoys her that Ottawa hints physicians are using tax "loopholes" when provinces encouraged them to do it. "Now we're being portrayed as cheating the system, or having access to things that other Canadians don't have access to," she said.

And she's right that that was the bargain.

In Ontario, the Liberal government's talks with doctors were locked in an angry stalemate in 2004 – until the province offered doctors the right to name non-doctor family members as shareholders in a medical corporation – so they could split income.

George Smitherman, who was health minister then, said in an interview that it was a way to offer more than his negotiating budget allowed, in order to get a deal. Dr. John Rapin, then head of the Ontario Medical Association, said that provincial offer "was the turning point." Ontario offered special tax breaks instead of higher fees.

"It was definitely communicated as part and parcel of a package of benefits," Mr. Smitherman said. "It definitely had some official stamp of approval on it."

Other provinces did similar things. One problem: the provinces negotiated but the feds paid half the cost of the tax break. Now it is Ottawa that argues everyone should have the same tax treatment. Another problem is that it is bad policy, and sneaky, to pay for doctors' work with tax breaks.

Dr. Khangura notes female MDs face a squeeze in their 30s, when they come out of training, try to start a practice and have kids, often with high debt. But it's not true that MDs can't get maternity leave: they can contribute to employment insurance and get maternity benefits similar to most, but that doesn't make up their lost income; there are limited provincial maternity benefits, but they might only cover enough their practice's overhead. Still, a tax break for income sprinkling is an awful way to compensate for maternity leave: it works best when you have non-earning kids over 18.

Many doctors say they feel like public servants, with fees set by provinces, who manage overhead and money similar to businesses. Some are rich, but many family doctors are upper middle-class earners. Dr. Khangura said she thinks the public doesn't know about the long hours, and free work on things such as hospital committees. "I don't stay after my shift at midnight because I want to get paid. I stay because there's 35 kids in a waiting room and its's a six-hour wait," she said.

Still, whatever fair compensation should be, it should be paid for as doctors' compensation, by provinces. But then to be fair, Ottawa should acknowledge the doctors made a deal – and take steps to smooth the transition to new rules. 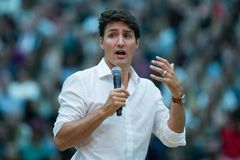