First, that health-care needs are insatiable. Second, that most of the provinces are ingrates. Third, that Stephen Harper's government will not demand anything of the provinces in return for the federal cash.

Since the election, when asked about health care, Mr. Harper's ministers have muttered about "accountability." Presumably, this meant provinces had to show tangible results for all that federal money. Tuesday, federal Health Minister Leona Aglukkaq sent the provinces a letter suggesting negotiations in the new year about new "metrics." This is likely to get a frosty reception from provinces that prefer cash with no strings attached.

Moreover, the Harper government's usual view of federalism is the classical one: The provinces do what they want in their areas of jurisdiction and Ottawa does likewise.

Finance Minister Jim Flaherty announced that he will write cheques, using Ottawa's spending power, and the provinces can pretty much do what they want in health care, since it is their responsibility and theirs alone.

The Conservatives had promised in the election campaign to extend by two years the 10-year 2003-2004 health accord that was supposed to expire in 2013-1014. That accord, negotiated when Paul Martin was prime minister, pitch-forked $41-billion into health care over 10 years, indexed at 6 per cent.

Mr. Flaherty fulfilled that campaign promise and more, despite claims to the contrary by Ontario Finance Minister Dwight Duncan. The 6-per-cent index will remain for another year after 2016-2017, before falling to the 3- to 4-per-cent range, depending on economic growth. Seven provinces, including Ontario, predictably mewled about this decline, but then mewling is what they sometimes do best.

That the Martin government indexed health transfers at 6 per cent reflected the political dynamics of the time. Mr. Martin had promised to "fix" medicare for a generation. He sought "transformative change." He locked himself in a conference room with premiers who, predictably, ganged up looking for more money and left with big grins on their faces.

In those faraway days, Ottawa boasted a surplus that the Chrétien government had amassed. The Conservatives got rid of that surplus, and then the recession struck, burdening Ottawa with a big deficit. So politics has changed, and so has the fiscal situation.

Even with a deficit, the insatiable demands of health care become apparent. The Harper government is preparing to cut its own program spending by 5 to 10 per cent (another campaign promise), but it will keep money for health care flowing at 6 per cent for another three years, and at 3 to 4 per cent a year thereafter. There's not another program, federal or provincial, that sucks up yearly increases of that kind.

The unilateral federal move also serves a political purpose. The Conservatives, by pumping all that money into health care, have essentially removed the issue from the political agenda until after the next election.

Sure, some provinces will grouse that they need even more money. The New Democrats will cry that transfers should remain at 6 per cent forever. Those complaints will ring hollow with transfer increases in the 3 to 4 per cent range.

The biggest challenge all governments will face is to bring health-care spending down to the growth in the economy, something none of them have done. That challenge will be even tougher because the Canadian economy will not grow as fast in the next decade as it did in the past one, and the population is aging.

If governments fail, the recent past will be prologue: All other government services will lose resources to prop up a public health-care system that is among the most expensive in the world but produces middle-range results.

Ottawa's surprise health-care offer is a good one
December 20, 2011 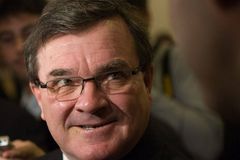 With funding set, Health Minister reaches out to provinces on reform
December 20, 2011 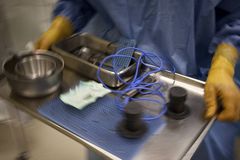 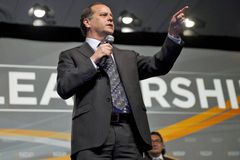 Opinion
Unilateral pronouncements won't help us all get along
December 21, 2011 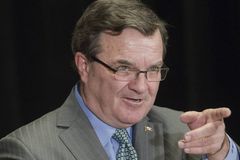 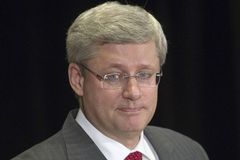