Physicians, especially those in Ontario, are furious at the federal government's proposed changes to small-business taxation. The federal changes follow successive unilateral fee decreases imposed by the government of Ontario and will further sour bargaining negotiations, likely resulting in an undesirable arbitration process.

This is the basic state of physician compensation today: Doctors are self-employed small-business entrepreneurs (with one payer) who bargain as a non-union unit with no ability to strike and binding arbitration rights. It is an awkward structure, to put it mildly.

At the outset of Canadian medicare in the 1960s, the major obstacle to making a public-insurance scheme reality came from physician groups who feared that having one government payer would effectively eliminate their ability to negotiate acceptable fees for their services. Getting doctors on board required striking a grand bargain, in which physicians agreed to a public-insurance scheme in exchange for keeping self-employed status and for more stable, higher pay.

Over time, the small-business tax breaks became a bigger part of their overall compensation. Even though the federal government has brought issues with the current tax system under the microscope, to doctors their tax structure was simply a part of their negotiated compensation package with the provinces.

These negotiations are never easy: Provincial governments and doctors cannot exert financial pressure on one another when negotiations get tough – doctors are not allowed to strike and governments cannot effectively contract replacement services. Despite this, physicians have successfully negotiated past agreements with the provinces when things got heated by bargaining through the news media, where physicians could leverage their public popularity over politicians to weaken a government's hand.

However, the rise of social media and decline of mainstream newspapers has arguably deteriorated this axis that doctors relied upon for bargaining power. Social media is much less effective as it often results in unco-ordinated messaging and exposure to immediate criticism. Binding arbitration arose in Ontario – and in other provinces as well – partly as a result of frustrated negotiations.

The cumulative result of tough stances by some provinces, particularly Ontario, will likely combine with federal tax changes to set negotiations into a tizzy. Given this, is arbitration in the cards? We sure hope not.

For starters, the cost would likely be high – binding arbitration outcomes in the public sector do not effectively take into account ability to pay. Were an arbitrator to restore prior unilateral fee decreases imposed by the government of Ontario in 2012 and 2015, and offset a fraction of the benefits many doctors will lose with changes to small-business tax planning, it's within reason that an arbitrated settlement in Ontario could add upwards of $1.5-billion – or roughly 10 per cent of total physician pay – to the provincial payroll. That kind of settlement would eat up roughly two to three times the health-transfer increase from the federal government over the next decade.

As painful as that might sound, an even worse consequence of an arbitrated outcome is that it would further enshrine the current ways of compensating docs, which holds back important reforms that would improve the quality of Canadian medicare.

Fee-for-service payments encourage system overuse and remove incentives to better manage public-system resources and to adopt efficiency enhancing innovations. We need to continue to move away from fee-for-service and expand per-patient payments for family doctors, for instance, eventually handing to family docs an enrolled patient's drug, diagnostic and lab budgets so as to encourage greater stewardship of public funds. Arbitrated or acrimonious settlements will push us further away from this.

None of these issues should necessarily deter the federal government from acting – its decision should take place for tax-policy reasons. But the federal move uncovered the mess we've created in trying to maintain the original bargain in Canadian medicare. It's even harder now to imagine how the current negotiation model will yield a desirable result for doctors, taxpayers and medicare. 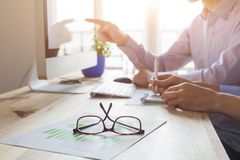 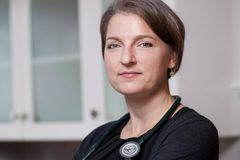