In recent days, Dr. Frances Kelsey has been fondly remembered, in large part for the role she played in averting a thalidomide tragedy in the U.S. in the late 1950s. As an employee of the U.S. Food and Drug Administration, the Canadian-born pharmacologist stubbornly demanded more safety data, delaying approval of the morning sickness drug until it became clear from other jurisdictions that it was causing miscarriages and grave deformities in children.

Dr. Kelsey's heroism should in no way be played down; after all, she received the Award for Distinguished Federal Civilian Service from president John F. Kennedy, who lauded her "exceptional judgement." (By contrast, she received the Order of Canada only this year, a day before her death, likely because her actions stood in stark contrast to Canada's deadly inaction.)

But let's not forget that Dr. Kelsey worked at an institution, and within a government, that not only allowed, but encouraged, this sort of initiative.

What we had in Canada – home to one of the world's worst thalidomide disasters – was a civil service that was more meek and susceptible to bending to the pressures from the drug-maker Merrell that Dr. Kelsey was able to resist.

The take-home message here is that, in 2015, just as in 1960, a strong, independent public service is essential to our health and well-being.

Among other things, we need drug regulators who can regulate rigorously, free of political and corporate pressures. More broadly, we need a public service that works, and is free to work, in the public interest.

It's not enough to have laws – let's not forget that drug regulations were similar in Canada and the U.S. at the time thalidomide came along – we need people who can give those laws life, to embrace the spirit and not just the letter of the law, especially when it comes to ensuring public safety.

In short, we need to foster a new generation of Dr. Kelseys.

Sadly, we are doing exactly the opposite.

We have a public service that is muzzled, emasculated, derided and decimated.

There are about a quarter-million federal public servants in Canada, a considerably lower figure than from a decade ago. They serve a broad variety of functions from, overseeing national parks to ensuring aviation safety, and everything in between.

It is in our best interest, economically as well as socially, that every one of those workers serves a useful function.

Yet consultations with the public servants show that they feel mired in red tape and frustrated by cumbersome processes that leave them unable to do their jobs. That's why the Privy Council has undertaken an initiative to transform the public service, dubbed Blueprint 2020.

The plan features some lovely rhetoric, such as Conservative Leader Stephen Harper saying in the introduction: "An agile, efficient and effective Public Service is essential to the well-being of Canadians." And it is chock-full of good intentions.

But Blueprint 2020 lacks of a clear philosophical bent and strong political commitment to an independent, empowered public service.

What is required, especially in these difficult economic times, is a scientific, non-partisan approach to drafting and implementing policy.

While it is fashionable to bad-mouth the bureaucracy and sing the praises of free market, public regulation plays an essential role as a ballast to corporate excesses driven by self-interest.

The role of government, duly elected, is to formulate legislation and other policies in what it believes is the best interests of citizens. But its role is not to micromanage and bark orders down the line. Rather, elected officials should depend on civil servants for thoughtful, independent advice, especially on scientific matters.

What we need today is evidence-based policy-making if, for no other reason than it produces better policy.

Public servants should not be toadies, singing the praises of ill-conceived or partisan initiatives. Nor should they be muzzled. They should be offering constructive criticism to ensure policies are workable and fair, and analysis and insight that helps avoid unintended consequences.

For this, we need to create an atmosphere where public servants can innovate, take risks, and, as Dr. Kelsey did, call B.S. when necessary.

If we want better government and more sensible public policies, we need to give public-sector employees autonomy, authority and responsibility.

That, rather than a celebration of individual heroics, should be Frances Kelsey's legacy.

Frances Oldham Kelsey averted a thalidomide tragedy because she wouldn’t be rushed
May 15, 2018 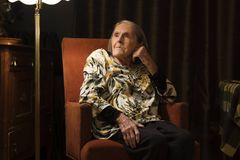 Frances Kelsey, Canadian doctor who opposed thalidomide, dies at 101
May 15, 2018
Follow André Picard on Twitter @picardonhealth
Report an error Editorial code of conduct
Due to technical reasons, we have temporarily removed commenting from our articles. We hope to have this fixed soon. Thank you for your patience. If you are looking to give feedback on our new site, please send it along to feedback@globeandmail.com. If you want to write a letter to the editor, please forward to letters@globeandmail.com.
Comments