Benjamin Perrin is a law professor at the University of British Columbia, a former special adviser for legal affairs and policy in the Prime Minister's Office and a senior fellow at the Macdonald-Laurier Institute.

For years, the Canadian Security Intelligence Service has been publicly warning that "lone wolf" terrorists are one of the biggest threats facing Canada. Since they act alone, driven by an extremist ideological cocktail, these attackers are harder to detect, track and predict than terrorist groups. These warnings became reality this week, tragically. But our laws are up to the task – we must resist the urge to overreact in the coming days.

The freedoms Corporal Nathan Cirillo died honouring at the National War Memorial are the same freedoms that will see us through this brutal awakening. The real threat of terrorism has always been not just the loss of innocent life – while tragic, this is just a means to an end for terrorists. Their real ambition is to use our fears to trade enhanced security for reduced freedom. They succeed not through their actions, but our reactions. Their goal is a world of authoritarian states – theirs an extremist Islamic state, ours a secular police state. How do we respond to such violence without falling into this trap?

Michael Zehaf-Bibeau (who killed Cpl. Cirillo in Ottawa on Wednesday) and Martin Couture-Rouleau (who killed Warrant Officer Patrice Vincent in St-Jean-sur-Richelieu, Que., on Monday) share much in common. Both are reportedly Canadian citizens; both became Islamic extremists; both murdered Canadian servicemen. Mr. Zehaf-Bibeau was having trouble obtaining a passport; Mr. Couture-Rouleau's had been seized as he was classified a "high-risk traveller." And both were freely roaming about the country, which is troubling.

These two men may have been homegrown terrorists, but their cases are not isolated. The RCMP has disclosed that as many as 90 Canadian citizens are being monitored as part of 63 national security investigations. The dilemma with seizing their passports is that while it stops them from engaging in terrorism abroad, it does not prevent them from answering the Islamic State's call to engage in terrorism on Canadian soil.

When dealing with foreign nationals who are at risk of engaging in terrorism, Canada has a security certificate regime that, since being amended, has been upheld by the Supreme Court of Canada. It is being used today to keep suspected foreign terrorists in Canadian prisons, subject to court oversight. But it doesn't apply to Canadian citizens.

After last year's Boston Marathon bombings, Parliament created several new crimes, including the offence of leaving Canada to engage in acts of terrorism, which would land terror tourists in jail for up to 10 years. The Criminal Code also provides that where there's a reasonable fear that someone will commit a terrorism offence in Canada, they can be subject to strict conditions, including electronic monitoring, geographic restrictions on their movement, weapons prohibitions and participating in deradicalization programs. If such a person refuses to abide by the conditions, they can be imprisoned for up to 12 months. Every effort must be made to put potential homegrown terrorists under these orders, or to charge them where the evidence warrants it.

However, one potential major impediment to using these tools is the Supreme Court of Canada decision earlier this year in Canada (Citizenship and Immigration) v. Harkat. In that case, the majority ruled that the identity of CSIS human sources is not to be routinely protected. The dissenting judges rightly warned that the majority decision could have a "profound chilling effect" on CSIS's ability to recruit informants, many of whom risk their lives to share vital information to protect us. Fortunately, Public Safety Minister Steven Blaney has recently announced plans to address this through legislation.

We should remember that we have well-designed terrorism legislation that has already been used to successfully prosecute terrorists before they have been able to execute their deadly plans. Parliament has also renewed extraordinary powers allowing for preventative arrest and investigative hearings of suspected terrorists.

Canada has a robust set of laws to confront terrorists, including this new breed. The answer of how we respond to the tragic events of this week is about holding fast to our values and freedoms as we adapt and learn from these attacks. We should be under no illusions – they are likely to test us again.

Opinion
Tribute, solidarity and back to politics
October 24, 2014 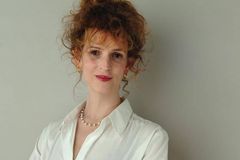