When considering the confab over the incendiary remarks made by Canada's top military commander, General Tom Lawson, I was reminded of a controversy that once engulfed the British actor Hugh Grant.

In 1995, Mr. Grant made worldwide headlines when he was caught in the company of a Hollywood prostitute who went by the name of Divine Brown. (The police mug shot of a sheepish looking Mr. Grant went viral). At the time, the actor was half of one of the most glamorous couples in the world; the other was the actress/model Elizabeth Hurley. When Mr. Grant finally surfaced on the Jay Leno show to explain himself, the late-night comedian famously asked: What were you thinking?

It's a question many have of Canada's Chief of Defence Staff after he said in an interview with the CBC's Peter Mansbridge this week that sexual harassment in the armed forces was explained, in part, by the fact men were "biologically wired" to behave this way. The comment shocked and offended many, including Prime Minister Stephen Harper. (Let's face it, he had to appear shocked and offended). There were calls for Gen. Lawson's resignation.

The only reason he's still in his job today is because he is scheduled to retire this summer anyway.

Of course, the general isn't the first person to suggest that biology and evolution have something to do with the way we conduct ourselves as humans, including being at the root of some of our most egregious behaviour. Many academic studies, for instance, dispute the notion that socialization is entirely responsible for the dramatic disparity in violence carried out by men and women.

Because most acts of rape, sexual harassment and domestic violence are carried out by men, it has been suggested by evolutionary psychologists and biologists alike that this type of sexually predatory behaviour comes naturally to the male species. University of New Mexico biologist Randy Thornhill co-authored a book on the subject entitled A Natural History of Rape: Biological Bases of Sexual Coercion.

Last year, the American academic Camille Paglia also waded into the area in discussing rape culture on college campuses, writing in Time magazine: "The gender ideology dominating academia denies that sex differences are rooted in biology and sees them instead as malleable fictions that can be rewired at will. The sexual stalker … is motivated by an atavistic hunting reflex. He is called a predator precisely because he turns his victims into prey."

But it's one thing for a controversial social critic or woolly academic to broach this matter, it's entirely another for a military general. For all those who want to make a link between sexually deviant behaviour in men and our Stone Age past, there are plenty of others prepared to debunk such theories. There was no good ever going to come of Gen. Lawson's own interpretations of the literature in this area.

All his comments served to do were demonstrate stunningly poor judgement and leadership. The fact is, sexual harassment is a scourge deeply embedded in our society and the many institutions of which it is comprised. And it is particularly so in military and quasi-military settings.

Even though Gen. Lawson identified sexual harassment as a problem that needed to be addressed, his ponderings left the impression it was an issue inextricably tied to the genetic makeup of the male soldier. All that does is take away responsibility for how men in the military act; take away responsibility, too, for how we expect men in society to act more broadly.

While I don't have the academic qualifications of the evolutionary biologists who have spent a career studying this field, I have a hard time accepting that men are hard-wired to sexually harass women; that it is behaviour triggered by some uncontrollable primordial impulse. I don't know any men who believe it either.

Sexual harassment is something the military leadership in Canada has turned a blind eye to for far too long. Gen. Lawson's comments explain, in part, why that may have been the case. His successor will have to possess an entirely different attitude if there is going to be any progress made in eradicating an intolerable situation endemic among our troops. 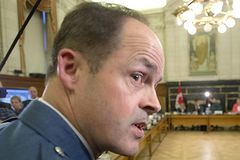 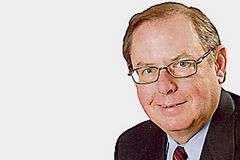