Just when you thought the Harper Conservatives could stoop no lower with their attack ads against Liberal Leader Justin Trudeau, they discovered something even more base.

Household mailings, paid for by taxpayers, are supposed to communicate information from MPs to constituents about doings in government. Every MP, of course, puts her or his spin on things because, after all, they're politicians. But household mailings often contain straightforward information about which government office a constituent should phone, how to apply for government programs, or what this or that piece of legislation means.

But now the Conservatives have decided to use these mailings – as much as 10 per cent of the voters receive them at any one time – as nothing more than a printed negative ad against Mr. Trudeau. It's one thing for the Conservative Party to use its money to buy television airtime to demean Mr. Trudeau; it's another to use your money for the same base purposes. But as we see, the Harper attack machine does politics this way, always has and always will, because the Prime Minister – who authorizes all this stuff, after all – obviously thinks it works.

And until now, it has. But will it against Mr. Trudeau? It's too soon to tell, but what could happen is that the ads, while creating negative perceptions of Mr. Trudeau, might also reinforce them against the perpetrator, Stephen Harper. At some point, this sort of gutter messaging might strike Canadians as more revealing of the sender than the target, although it should be said that gutter messaging has demonstrably worked before – which is why the Conservative attack machine uses it.

Canadians in the main already have a negative perception of the Prime Minister. In April, EKOS Research asked 4,568 Canadians (using interactive voice response technology), "Do you approve or disapprove of how Stephen Harper is handling his job?" By 50 per cent to 28 per cent, the response was No. That 28-per-cent score was the lowest approval rating the Prime Minister has had. It compares, for example, with 40 per cent in 2010.

The Prime Minister's approval rating was negative in every province, except Alberta – but even there the favourable responses exceeded the negative ones by only a small margin.

Then, this week, along comes the Harris-Decima poll showing much more favourable responses for Mr. Trudeau than for Mr. Harper. Various polls now show the Liberals slightly ahead on party preference. In Quebec, the latest CROP poll shows the federal Liberals catapulting into first place under Mr. Trudeau, with the provincial Liberals also taking top spot under their new leader, Philippe Couillard.

Mr. Harper scores best on polls for leadership and experience – which is what you'd axiomatically expect for any prime minister in office for more than six years. On any criterion of likeability, listening or being in touch with Canadian values, his stock plummets.

Polls are only snapshots. They can change, and likely will. Certainly, the curiosity factor as the new boy on the scene plays in Mr. Trudeau's favour, just as it did, we should remember, for Michael Ignatieff when he became Liberal leader. As a new leader in the limelight, impressions of Mr. Trudeau are likely to jump around until more settled initial opinions take hold – which is precisely why the Harper Conservatives immediately launched those attack ads and household mailings.

It's comforting for those who don't like Mr. Harper to see polls confirming that he isn't very popular. But remember that the Conservative base is rock-solid. Party members think very highly of him, they're more likely to vote than supporters for the other parties, and they're very, very motivated. And keeping the core motivated is the Conservatives' abiding preoccupation. 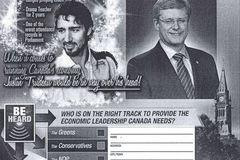 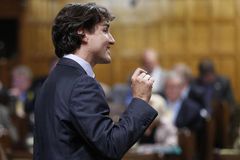 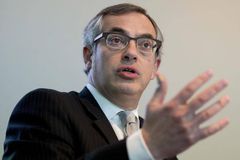