This fall, the federal government is asking Canadians for their views on national security policy. It is an important opportunity for all of us to engage in a national discussion on what our government should do – and not do – to keep us safe.

Thinking about national security policy requires a global perspective. There are lessons to be learned from strategies and experiments in other countries. International organizations also influence how national governments respond to transnational security threats.

The interplay between the local and the global is most obvious when the threat to national security comes from transnational terrorism. Terrorist organizations based in other countries may be able to influence Canadians to commit acts of terror at home or to join struggles abroad. Violence in Syria, Afghanistan and Somalia affects how Canadian policy-makers respond to domestic threats.

One example of the need for global and comparative perspective is with strategies to "prevent radicalization to violence." Building on a 2014 Security Council resolution, United Nations Secretary-General Ban Ki-moon has issued a plan of action to prevent violent extremism. It recognizes the importance of human rights, the rule of law, economic opportunities and empowering youth and women in preventing violent extremism. It also calls for the creation of national strategies.

Canada has been slow in moving toward such a strategy, though the government has recently committed $35-million over five years to establish an Office of the Community Outreach and Counter-radicalization Co-ordinator. This initiative provides an opportunity to learn from international experience.

A key component of many "countering violent extremism" (CVE) plans are interventions at the community level. In 2007, Denmark's second largest city, Aarhus, created a "de-radicalization" strategy aimed at engaging with individuals who might be at risk for radicalization to violence.

The program claims to have a soft touch: At-risk individuals who have been identified by members of the community, teachers and social workers are invited to coffee by the police, who will work with them to locate social supports such as educational opportunities, mentoring or job training.

The Aarhus model is widely touted as being responsible for dramatically reducing the rate of youth leaving Denmark to join terrorist organizations as foreign fighters, and there has been keen interest in replicating this approach around the world.

But international comparisons also show us that so-called best practices aren't always directly transferable. Different local histories, cultures and community dynamics can radically change outcomes in diverse contexts. The United Kingdom has one of the oldest national CVE programs, known as Prevent. It was bolstered by 2015 legislation requiring schools, prisons and health authorities to have specific CVE plans.

But Prevent has come under intense criticism from many, including the UN Special Rapporteur on Freedom of Assembly, the U.K. independent reviewer of anti-terrorism laws and the U.K.'s National Union of Teachers. The disproportionate rate at which Muslims are identified as "at risk" under Prevent prompted criticism that it is nothing but a surveillance program for Muslims. There have been reports of children as young as four years old being flagged.

As we create our own CVE strategies, Canadians can learn from the mistakes and successes of others. Local, community-directed programs may be especially appropriate in federations, like Canada. Reflecting our political traditions, North American CVE programs may be particularly attentive to free speech and freedom of assembly. CVE programs must also take seriously fears of bullying in vulnerable populations.

Democracies are right to insist that terrorism and violence are never acceptable, but they also need to support communities that may be scapegoated and exposed to hate crimes and discrimination. Violent extremism comes in many forms, involving different types of people, and CVE programs should be even-handed in their aims and practices.

Opinion
In search of the triggers to Muslim radicalization
October 7, 2016
Opinion
Why we don’t have all the answers to fighting terrorism in Canada
August 13, 2016 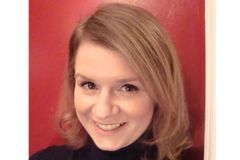 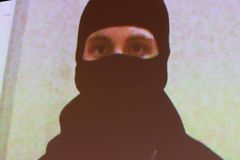