Politicians think short-term, especially in minority governments. The media report on yesterday and try to anticipate tomorrow. But not many institutions or individuals think about, metaphorically speaking, the day after tomorrow; that is, starting in about five years when the aging of the population will begin to become apparent.

Yesterday, for example, Finance Minister Jim Flaherty held his pre-budget consultation with a group of economists. They talked about the "fiscal outlook," growth, unemployment for the next year or two. But unless something remarkable happened behind closed doors, they likely didn't spend much time discussing what's coming in less than a decade: our aging population.

And aging is unavoidable. Aging will bring fiscal costs, swelling governments' costs and diminishing their revenues. It will place a burden on provincial budgets, especially the health-care system.

Provinces are already being pinched by the burgeoning health-care costs. The pinch will get tighter when older individuals such as Newfoundland Premier Danny Williams won't wait for treatment, assuming they could find it in Canada. People with money just won't stand for health systems telling them they cannot spend their money to fix ailments as their bodies age.

Aging will mean fewer people working to support more who are not, which will likely force governments either to raise taxes, reduce non-health-care spending or borrow.

Every country in the advanced industrialized world faces the costs of aging. Japan and Europe have it worse than Canada, the United States slightly better. But none can escape. Even mighty China will feel the pinch, because its one-child policy will produce a strange demographic bulge with so many old people.

Canada can't avoid what's coming. No political manoeuvring can dance around it; no wishful thinking will eliminate it; no upping of immigration targets will change it. Aging is a fact. Its first effects will show up soon. We don't know how much it will cost, what changes it will bring, and a host of other questions. It's time to find out at least some of the answers, so that we can plan intelligently.

Therefore, the federal government should establish a blue-ribbon panel to investigate and report to the country in time for the next federal budget on a range of questions about the impact of aging. If we rely only on politicians, we will get rhetoric and procrastination.

A lot of research about the effects of aging lies within government departments. Think tanks have poked at the issues. So have academics. What we need, however, is a group to pull this material together, do further research, then lay the facts, as best they can be known, before us with some options for how to cope.

We know, for example, an aging population will push up health-care costs. The increase won't be drastic but economist Pierre Fortin has estimated that health-care costs will rise by $17-billion a year by 2010.

Within the health-care system, aging raises many issues, from long-term care, financing of pharmaceuticals, end-of-life decisions and whether people should be able to spend their own money on their own care as their lives shorten.

Prof. Fortin further estimates that pension costs for governments will go up $12-billion, while revenues will fall by about $20-billion because fewer people will be working, thereby reducing the tax take for governments. The fiscal stress is obvious: more costs, fewer revenues. The answer is less clear. A blue-ribbon panel could provide some clarity for both sets of challenges.

Provinces that deliver social services are likely to suffer more fiscal erosion than the federal government. That shift raises a host of issues. Should Ottawa assume some costs now borne by provinces, as in creating a national pharmaceutical program? Should Ottawa offer more tax to the provinces, as in giving them a share of the goods and services tax? What about the already less-advantaged provinces in Atlantic Canada whose young and middle-age populations are hollowing out and will have more old people than elsewhere? How do provinces with huge debt levels such as Quebec cope? How do we increase national productivity, the best antidote to fiscal pressure?

Budgets and taxes. Health care and housing. Debt levels. Federal-provincial relations. Just about all the core responsibilities of governments will be affected by aging.

There isn't a single politician who is talking seriously about the challenge. That's why we need a blue-ribbon panel to alert the public to the inescapable challenges and debatable options ahead.

Opinion
Canadians must think beyond the U.S. market
February 5, 2010 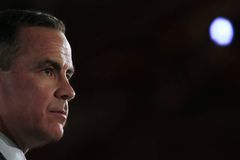