Over the past six weeks, we've seen an unprecedented number of critically endangered right whales dying in the North Atlantic. Of the approximately 450 North Atlantic right whales left in the world, eight have died in Canada's Gulf of St. Lawrence this summer.

Eight whales represent 1.8 per cent of the total population. While that would not be a huge loss for a healthy population, this many right whales dying in such a short period of time is the equivalent of 659,664 Canadians dying in just six weeks.

If the newest right whale necropsy turns out like the previous three, the cause of death will be identified either as blunt trauma – due to ships colliding with the animals as they moved through the Gulf – or chronic entanglement.

Read more: Why are whales dying in the Gulf of St. Lawrence? What it means for fisheries and the future

To avoid further catastrophic losses, Canada must review the placement of the shipping lanes in the Gulf of St. Lawrence to prevent further ship strikes and ensure that right whales and fishing gear aren't in the same waters at the same time in order to prevent entanglements.

Both measures are essential to the protection of the right whale, as their tendency to swim slowly and close to the surface make them highly vulnerable. Because their migration patterns take them through some of the busiest shipping lanes in the world, any overlap between shipping lanes and the right whale's migration and feeding paths is a serious concern.

It would appear that right whales are moving into new waters, and rescue personnel have been caught off guard by their sudden appearance in the Gulf of St. Lawrence this summer. More research is needed to determine whether right whales have indeed switched their habitat to the Gulf from the Bay of Fundy, where they have long spent their summers. But each day we delay a full review of shipping lanes and fishing gear in the Gulf means sacrificing more critically endangered right whales.

While I commend the Department of Fisheries and Oceans for closing snow crab fishing area 12 to protect right whales and issuing a request that ships voluntarily reduce speed between the Magdalen Islands and the Gaspé Peninsula in the hopes of preventing further ship strikes, we must go further.

The death and suffering that these animals are undergoing is entirely preventable, and we can turn the tide on the carnage – just like in the late nineties, when we were facing a high number of right whale deaths in the Bay of Fundy. Moving the Bay of Fundy shipping lanes four nautical miles to the east reduced the likelihood of collisions between ships and right whales by 80 per cent. Actions like this contributed significantly to the protection of the right whales, allowing their numbers to grow from approximately 300 in 2003 to an estimated 450 whales 14 years later.

But now they're facing another potential crisis. After the death of seasoned whale rescuer Joe Howlett on July 10, who was working to free a right whale entangled in fishing gear near Shippagan, N.B., when he died, Fisheries and Oceans has suspended whale disentanglements and is taking a cautious approach to any future rescue of right whales. Within just two weeks of Mr. Howlett's death, we have seen the death of one right whale and the entanglement of another, which signals the need for immediate measures to prevent further injury and death.

Let's not backslide in our protection of this vulnerable species. Canada worked hard to create the Right Whale Recovery Plan, and we must take decisive action to protect this population before we again start seeing a downward trend in right whale numbers.

The Department of Fisheries and Oceans must immediately begin a review of the shipping lanes in the Gulf of St. Lawrence and identify the specific issues with fishing gear that lead to such frequent right whale entanglements, ensuring that a comprehensive action plan is in place by the time the right whales return next year.

Opinion
Quebec leadership is breeding a culture ripe for animal cruelty
June 4, 2017
Opinion
Vancouver’s pet sales ban should be extended across the country
July 10, 2017
Opinion
A tighter aid budget in Haiti means Canada must do more with less
July 28, 2017 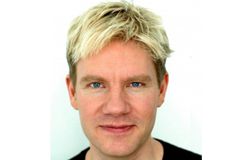