Former diplomat Daryl Copeland is an educator, analyst and consultant, the author of Guerrilla Diplomacy and a Research Fellow at the Canadian Defence and Foreign Affairs Institute. Tweets @GuerrillaDiplo.

Thirteen years after the campaign began, NATO's International Security Assistance Force (ISAF) formally ended combat operations in Afghanistan on Dec. 28. A residual foreign military presence of about 18,000 troops, the Resolute Support Mission, will stay on for counter-terrorism purposes and provide training and logistical assistance to Afghan police and security forces.

With rising Afghan civilian and military casualties, and Taliban gains amidst generally deteriorating conditions, there was little to celebrate at the secret handover ceremony. That event received only passing media attention – surprising given the exceptional human and financial costs associated with this intervention.

As coalition members rush for the exits, there have been many attempts to explain what went wrong, which by my reckoning includes just about everything. That said, few in positions of authority are admitting failure. Clearly, among responsible senior officials, more than a few of whom managed to eke a promotion or two out of the war, there is no appetite for a searching retrospective.

While awaiting the attribution of some form of culpability for the wilful blindness which plagued the ISAF mission, it may be useful to look ahead with a view to identifying some of the main winners and losers.

America entered Afghanistan in the immediate aftermath of 9/11, using air power and special forces to assist the Northern Alliance in defeating the Taliban and ejecting al-Qaeda. Those strategic objectives were achieved by early 2003, yet instead of disengaging militarily and focussing instead on development and reconstruction, the war ground on fitfully, running for years as a sideshow eclipsed by the ill-starred imbroglio in Iraq (2004-2011). Over that period, the would-be liberators lost the battle for hearts and minds and came to be regarded as occupiers. The much-publicized abuse of detainees at the Bagram and Guantanamo Bay prisons, widespread collateral damage, Koran burnings and various other indignities contributed to the population's alienation and accelerated the loss of U.S. prestige and influence globally. Afghanistan battered the American brand and hastened the end of the United States' unipolar moment.

NATO and the ISAF coalition partners.

Casting about for a relevant post-Cold War role, NATO entered Afghanistan with a mandate from the UN Security Council, but without a carefully considered master plan or grand strategy. In more than a decade on the ground, vast resources were squandered while ISAF drifted, unable to deliver either security or prosperity to the country. That negligence and incompetence cannot reflect positively on NATO's future. The U.K., Canada, Australia and other countries have also paid a high price, with little to show in the aftermath and few lessons learned.

For more than 2,000 years, from the days of Alexander the Great and Genghis Kahn, through episodes of British and Russian colonial aggression and right up to the present day, Afghanis have suffered at the hands of foreign occupiers. About 40 years ago it appeared that this debilitating pattern might finally be ending, but the USSR mounted a large-scale invasion in 1979. That act plunged the country into a spasm of violence from which it has yet to emerge. Following the USSR's ignominious departure a decade later, Western support for the Mujahidin eventually blew back in the form of a rising tide of radical Islamism and al-Qaeda's presence, which in turn led to the intervention by ISAF. Although precise numbers are impossible to come by, civilian casualties have been heavy. Today, with political gridlock in Kabul and the Taliban resurgent, both democracy and development remain elusive.

As the USA and its allies have become bogged down pursuing unsuccessful military adventures – not only in Afghanistan, but also in Iraq, Libya, and elsewhere under the aegis of the Global War on Terror – China has been busy engineering its "peaceful rise". Diverse economic and security initiatives have been accompanied by more assertive behaviour in the East and South China Seas, a charm offensive in Latin America and major investments in Africa. America's armed distractions have in other words expedited the advance of its principal strategic competitor. Russia, meanwhile, is moving to re-assert its influence in the formerly Soviet Central Asian "Stans". Mismanagement of the Afghan file has largely dealt the West out of this round of the Great Game.

As Afghanistan struggles, national production of opium has reached record highs. The corrosive effect of that development is far-reaching, ranging from endemic corruption to festering social ills, both locally and in distant metropolitan centres. The Taliban, less inclined than ever to negotiate, are among the main beneficiaries.

Bottom line? For Canada, for NATO, and for much the world the war in Afghanistan has been an unmitigated disaster.

It's long past time that this was recognized, with accountability assigned and remedial action taken accordingly. 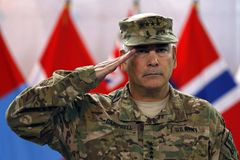