When a colleague underwent cancer surgery, she received unprecedented support from her family and friends, complete with flowers, cards and visitors. When she was subsequently treated for depression, everything went coldly silent – not a card, not a flower, not a visitor. When she returned to work, her workmates made it so difficult for her that she eventually quit.

One in five people will experience a mental illness over the course of their lifetime, and those who do often say that the prejudice and discrimination they experience is worse than the illness itself. They feel ashamed and avoid seeking treatment and other supports. Families, too, are embarrassed and blamed. Friends feel uncomfortable and pull away, leaving the person with mental illness and their families feeling diminished, isolated and powerless. As a result, mental illness remains shrouded in secrecy and concealment.

We belong to a growing international alliance of organizations that are fighting to eliminate such prejudice and discrimination. Our members' anti-stigma activities are wide ranging: There are public-service announcements designed to open dialogue, raise awareness and bust stereotypes; there's contact-based education, in which people with mental illness reduce fear and social distance by telling their recovery stories; there are public policies that allow health and mental-health professionals to better meet the needs of their clients through such means as enhanced medical billing codes and anti-stigma training.

We think it is important to have champions who will talk about mental illness and we try to do this, each in our own way. We have also learned the power of recovery stories, such as that of the young woman who finished her master's degree, or of the young man who got married and developed a successful career and family. These stories have the capacity to change the storyteller and the listener. We have seen the emotional reactions of audiences, the empathy and curiosity expressed by schoolchildren after having had an opportunity to engage with someone who has recovered from their mental illness.

Moreover, people who tell their personal stories are modelling recovery, standing in stark contrast to the negative public images of mental illness and the mentally ill. In addition, for those living with mental illness, it is important to be able to speak about it openly, without shame or fear. This is a huge step forward in recovery. We must strive to create a stigma-free climate of inclusion and understanding because it empowers those who have not sought treatment to get help. The sooner they receive treatment, the more successful and enduring will be their recovery.

The World Health Organization has identified stigma as a "hidden burden" of mental illness and a major public-health challenge. International conventions, such as the United Nations Convention on the Rights of Persons with Disabilities, have challenged signatories to take all appropriate measures to eliminate discrimination on the basis of disability. This includes raising awareness and eliminating stereotypes, prejudices and harmful practices. There are currently approximately 150 signatories to the convention, including Canada.

Initiatives such as the Mental Health Commission of Canada's Opening Minds anti-stigma initiative and the American non-profit Bring Change 2 Mind (supported by members of the Close family) are helping to meet these important obligations by working to eradicate the stigma surrounding mental illness. Bring Change 2 Mind has recently released its second national public-service announcement with a goal of helping the public understand that people with mental illnesses are not the crazed killers they might see depicted on television. We know first-hand that they are our sisters, brothers, nephews and friends.

We know stigma reduction is an enormous challenge that will continue to take deliberate and sustained activity from these organizations and others in the growing global alliance. However, through our work, we also know that change is possible.

Glenn Close is an actress and co-founder of Bring Change 2 Mind. She will be receiving an honorary degree from Queen's University on Thursday.

Heather Stuart is a professor and Bell Canada Mental Health and Anti-Stigma Research Chair at Queen's, as well as senior consultant for the Opening Minds program. 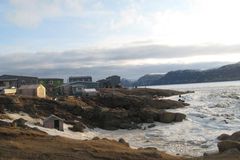 The Conservative government is protecting safety, not promoting stigma against the mentally ill
June 5, 2013