The owners of National Hockey League franchises have been, and remain, their own worst enemies. They can't discipline themselves, so they wish to discipline the players.

They signed a collective bargaining agreement that turned out differently than they expected. So they decided some time ago to get another one more to their liking by locking out the players, beginning at 12 Sunday morning. No one knows how long the lockout will last, but it could wipe out the entire season, as happened in 2004-2005.

The owners need a lockout because they can't collude while a CBA is in place. Without one, they can take behind the proverbial woodshed those owners whose franchises are financially weak or those who spend to the salary cap, pressing everyone upward.

Of course, this woodshed treatment leads to the question: By whom and against whom?

Ed Snider, the long-time owner of the Philadelphia Flyers, has been among the hard-line owners vis-à-vis players. But was it not Mr. Snider who authorized an offer sheet worth a gazillion dollars to defenceman Shea Weber of the less wealthy Nashville Predators? The dog-eat-dog world evidenced by this offer sheet (which Nashville struggled to match but did) typifies relations among these owners. Some will do whatever it takes to win, and throw money at players. To hell with the other competitive franchises, let alone the weak ones.

Don Fehr, the players' lawyer, once represented Major League Baseball players. For them, he won a fabulously rich contract without the kind of salary cap the NHL put in place. Instead, baseball has a "luxury tax" applied to a handful of teams that spend over a certain amount. Mr. Fehr likes this scheme, and has proposed a variation of it to the NHL owners.

The trouble with such a tax is that, although it can seem large in number, each recipient team gets just a few million dollars, hardly enough to close the gap between them and the teams paying the tax. It's a sop, really – not an equalizer.

And as for the NHL's owners, about the last thing wealthy teams want is to transfer some of their profits to less wealthy ones. (See Mr. Snider, above.) Can anyone imagine the Toronto Maple Leafs sharing a penny with any other team? Not when, despite all that cash, the Leafs' organization ranks 122nd out of 122 sports franchises in North America for the effectiveness of their operation, according to a study by ESPN.com.

The strengthened Canadian dollar, new television contracts and the return of hockey's popularity in traditional markets such as Boston and Chicago have poured money into the sport. Revenue jumped about 50 per cent during the previous CBA, to more than $3-billion (U.S.). The previous CBA produced a revenue split of 57 per cent for the players and 43 per cent for the owners. Everyone was making money, except some weak franchises, such as Phoenix. But the owners looked at professional basketball and football, where players and owners agreed to split revenues roughly 50-50 after hard negotiations and a lockout.

That's the kind of split of revenues the owners want, and it's why they conceived of the need for a lockout some time ago to force the players to retreat. The owners' opening gambit – a 57-43 split in their favour – was correctly viewed as a provocative, time-wasting joke by the players.

But just as the owners are their own worst enemies and undeserving of sympathy, so are the millionaire players, with their bulging salaries, early free agency and other emoluments. Their salaries have soared beyond what their union dreamed possible: The previous negotiations were initially seen as a setback for the players and a victory for the owners, who got their salary cap. But the cap that was supposed to restrain salaries soared because league revenues rose so far and fast, with the result that the players became richer than Croesus. 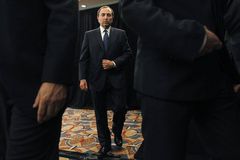 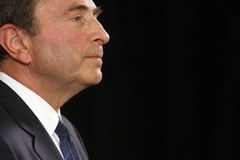