ADNAN KHAN
PESHAWAR, PAKISTAN
Contributed to The Globe and Mail
Published May 13, 2013 Updated May 11, 2018

A part of me was expecting to get blown up, but instead I was blown away. It's hard to describe the gulf between those divergent emotions – a little like contracting a terminal disease and then discovering that there is a cure. Being Pakistani, I've often felt my nation of birth is terminally afflicted. Being Canadian, I've always hoped – as we Canadians tend to do even in the face of the most distressing odds – that a cure could be found.

That cure surfaced this past weekend in Peshawar, on the occasion of Pakistan's tenth federal elections, the first in its turbulent 66-year history where one democratically elected government passed on power to another. Calling it a milestone would be accurate but perhaps a little too sterile. Many stones were miled on the road to Election 2013.

Take the most basic statistic: a voter turnout of 60 per cent, the highest in nearly 40 years, and that in an environment prickling with dangers. That the election happened at all is a testament to the courage of Pakistanis and their desire to take control of their collective destiny. In the lead up to the vote, dozens were killed in attacks by the Pakistani Taliban. They had declared the democratic process un-Islamic and vowed to disrupt it. They failed.

People voted, in huge numbers. Here in Peshawar, the mood on the streets was electrifying. Line-ups at polling stations stretched onto the streets. Children roamed the narrow alleyways of the old city, donning paraphernalia from their favourite party: headbands and wristbands, hats and buttons. They waved flags and shouted slogans. Young people piled onto minivans and motorcycles, dancing and shouting as they drove through the city.

This was perhaps the most encouraging sign of a budding democratic consciousness in Pakistan: the rise of Pakistani youth. Imran Khan, the former cricket star turned politician, promised as much, allocating 35 per cent of his party's tickets to politicians under 40. Throughout his election campaign he called on youth to lead their country into the future, and in a country where 70 per cent of the population is under 30, it was not a bad tactic.

Mr. Khan's Party for Justice (PTI) made respectable gains, keeping pace with the historically dominant Pakistan's Peoples' Party (PPP-P), led by the Bhutto clan. At the national level, the PTI managed as many seats as the PPP-P. Provincially in Khyber-Pakhtunkhwa, the crucial frontline province in Pakistan's northwest bordering Afghanistan, it won outright.

That could prove a game changer not only in Pakistan, but across the border in Afghanistan. For decades, corrupt, nepotistic ethnicity-based and religious parties have dominated Pakistan's volatile northwest. The PTI offers a fresh perspective on the problems facing Pakistan's Pashtuns, the dominant ethnic group in that region. Mr. Khan has proven himself a politician for the people, taking his message personally into parts of the northwest no other mainstream politician would dare to go. His bravado has won many hearts among the Pashtuns, who value courage and face-to-face contact above all else.

Pakistan is now set for a dynamic political future. The PPP-P has been virtually sidelined, except in its home province of Sindh. The Pakistan Muslim League-N (PML-N), led by two-time former prime minster Nawaz Sharif, will dominate the National Assembly. And there is a new player on the pitch: Imran Khan and the PTI.

But what does all this mean for the region and the broader world? Pakistan still suffers from a crisis of militancy. Its economy is in shambles, its infrastructure regressive, and its military firmly in control of foreign policy. The PML-N, particularly Mr. Sharif, has a history of pandering to Islamists while Mr. Khan has become increasingly anti-American, vowing that if he ever comes to power he will order the military to shoot down U.S. drones carrying out precision strikes in Pakistan's Tribal Areas.

That is unlikely to happen. The Pakistani military recognizes the importance of U.S. economic support to Pakistan in preventing a total collapse of the economy. And the generals do not take orders from politicians.

Nonetheless, U.S.-Pakistan relations look to be heading into a new, potentially critical phase. If the new leadership acts democratically and serves the demands of its people, the relationship with America will suffer. Anti-Americanism is perhaps the one thing all Pakistanis feel collectively. Mr. Sharif and Mr. Khan have both repeatedly said they will cut ties to the U.S., even at the expense of foreign aid. They were partly voted into power on the back of that promise.

More worrying, however, are the regional divides still plaguing the country. The PTI dominated in Khyber-Pakhtunkhwa, both nationally and provincially, the PML-N took Punjab, again both on the national and provincial stages, and the PPP-P dominated Sindh. If Pakistan is going to succeed as a nation in the long term, its leaders will need to find a way to stitch together a national identity.

That, however, will take years. For the time being, other issues will take the forefront, more prosaic ones like the energy crisis, jobs and corruption. And for Peshawar, suffering from years of militant attacks, peace. These all topped the agenda for the people I spoke to in Peshawar. Their overarching narrative was about as democratic as it gets: the government should serve the needs of the people.

It's this demand that provides hope for Pakistan's future. This election, more than the previous one and certainly more than the sham elections I covered under the military dictatorship of General Parvez Musharraf, exhibited all of the signs of a vibrant democracy in the making.

The challenges are many, but a step forward has been made, a step away from terminal collapse and toward something approaching a better future. Now the real work begins. 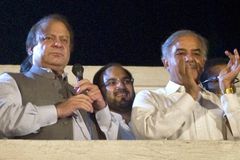 Millions of Pakistanis vote in landmark election after bloody campaign
May 11, 2018 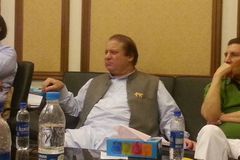