Daoud Kuttab is an award winning Palestinian journalist from Jerusalem. He is a former Ferris Professor of Journalism at Princeton University

For many Palestinians, the U.S. administration has always been biased. But for some strange reason, Donald Trump's concept of "the ultimate deal" for peace between Israel and the Palestinians seemed to give people hope; as a result they were willing to engage with an administration they nonetheless felt wasn't fair or neutral.

Somehow Palestinians believed that as long as the U.S. was talking about a deal and working for a solution, things would at least not get worse. In the words of an Arab proverb, fil harakeh baraka (there is a blessing with movement.)

The hope of some Israelis was similar. They know that this President is erratic and easily angered. But they believed that having so many pro-Israeli officials in his cabinet would be as much a restraining feature as it would be a green light for the continuation of the status quo.

This has proven to be totally mistaken. A President who is willing to obey donors such as Sheldon Adelson to make a decision on Jerusalem rather than act in the clear interests of America and the world, has shown that he can't unite all the people in the region in the pursuit of peace.

The President's declaration on the status of Jerusalem, and Israel's embrace of it, are entirely divorced from the stark realities of the city. According to Jerusalem expert Daniel Seidemann, life in the city is dictated by the presence of two national collectives, Israeli and Palestinian, with only one, the Israeli, enjoying full political rights, leaving the Palestinians with a totally disempowered "Jerusalem."

If anything, what Jerusalem and the conflict needed is someone to give all the people living in it a sense of hope about a city's future that would be the result of a shared decision rather than predetermination by an outside power.

The acknowledgment that Jerusalem is the heart of the conflict should be more reason to find a solution that all parties feel is fair and relatively just. The need for a buy-in to such a solution is the best guarantee for its permanency.

Imposing a one-sided solution and taking sides in a conflict as sensitive as Jerusalem with regional and international repercussions is an act of folly that simply will not work in the long run despite the pats on the back by Christian Zionists and the similarly right-wing Jewish Home party.

Israel's occupation and settlement of East Jerusalem has been correctly censured by the world community. Clear violations of the Fourth Geneva Convention are perpetuated every day with Israelis continuing to settle occupied Palestinian lands.

This Israeli behaviour should be stopped in order to create an environment for compromise and rapprochement between the two parties. Instead the Trump administration is giving a free gift to the aggressor and thus further embolden Israel to continue violating international humanitarian law.

The idea that a Washington decision will hasten the peace process is naive and irresponsible. The attempts at shoving a ruling on Jerusalem down Palestinian throats reflects inexperience and lack of understanding of what Jerusalem means to Palestinians, Arabs, Muslims as well as Christians and non-believers who all want it to be a city of peace.

Jerusalem and the Palestinian-Israeli conflict need solutions based on fairness and equity, not solutions made in the American heartland or in the crooked minds of ultra-right wing Americans with little regard for the human cost of such decisions.

Israelis and Palestinians want to see their city peaceful and tranquil; President Trump's declaration guarantees that it will not be. Peace in Jerusalem could radiate to the rest of the region, but such a peace must be based on fairness and justice. 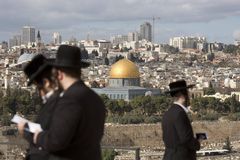 Globe editorial: In Jerusalem, Trump made a capital mistake
December 6, 2017 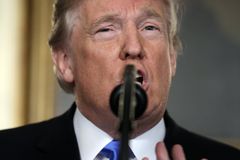 Opinion
Trump’s stance on Jerusalem changes everything – and nothing
December 6, 2017 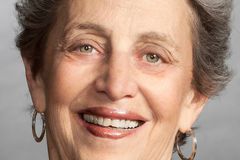