Michael Bell has served as Canada's ambassador to Jordan, to Egypt and to Israel. He is an adjunct professor of political science at the University of Windsor and teaches at Carleton University.

On April 23 Fatah and Hamas, usually at daggers drawn in their competition for legitimacy among the Palestinians of the West Bank and Gaza, announced an agreement that a unity government be formed within five weeks and that general elections be held within six months.

Such attempts have been tried in the past, invariably leading to collapse. Aside from their internal struggle for power, the parties are still seriously split along ideological grounds: Fatah pragmatists and Hamas ideologues; one seeking accommodation with Israel, the other, in principle if not always in practice, rejecting the existence of the Jewish state.

For both groups, the current reconciliation effort is tactical not strategic. At best a unity government will face still more thorny economic, social, administrative and security challenges. These will be permeated by a profound lack of trust.

Why would Fatah, engaged in negotiations and practical co-operation with Israel (a prime example being their extensive security ties) decide to risk its broad international credibility with such a dubious proposition?

Mahmoud Abbas, the Palestinian Authority president, who dominates Fatah, seems to have opted for strengthening his and Fatah's nationalist credentials among Palestinians, thus minimizing the risk that he will be seen still more widely as an Israeli dupe. The Fatah leadership holds no hope that there can be progress through negotiations. Mr. Abbas is concerned that he will increasingly be faced with a series of Israeli fait accompli in which he will have little choice but to acquiesce. According to Stratfor Global Intelligence, for instance, citing Israeli sources, during the nine months during which Secretary of State John Kerry's negotiations took place, the Israeli government approved plans for some 14,000 housing units.

He may hope that Hamas will be drawn into the mainstream, building on that group's assertions, albeit highly qualified, that it accepts Israel within the 1967 lines. Hamas also sees the waning of its own popularity within Gaza, given its longstanding inability to meet the material needs of Gaza's citizens, upon which its legitimacy largely depends.

Gaza faces growing Egyptian hostility, that country being its only outlet to the outside world other than through the heavy hand of Israel. Ismail Haniyeh, the Hamas Prime Minister, needs to strengthen his organization's identity as a constructive player and its voice in decision-making. By this he hopes to reverse Hamas' tumbling credibility at home and abroad, particularly among the Arab oil states on which Gaza is mightily dependent financially.

Israeli Prime Minister Benjamin Netanyahu looks like a winner in all of this. Henceforward he will more easily be able justify his tough line on security, settlements and the whole rubric of Palestinian-related issues. His government has moved quickly, in the wake of the Palestinian announcement, to withdraw from what was left of the Kerry process, thereby easing the Prime Minister's efforts to satisfy his ideological right. He will not have to deal with difficult and hitherto immediate issues such as the release of Palestinian prisoners, settlement freezes or establishing borders for a Palestinian state.

President Abbas' expectation seems to be that he can effect unity, via a government of technocrats, avoiding the risk that Israel will financially or otherwise embargo the Palestinian territories. Such a move would create havoc. Israel itself would have to manage these territories. Indeed, there has been considerable debate recently on whether the Palestinian authority might implode of its own accord.

Mr. Abbas is almost certainly calculating that the United States and other Western donors will accept the new reality and resign themselves to dealing with the unity proposition rather than penalize and weaken him, he being the best bet among few alternatives.

American language on the issue falls short of rejectionism, characterizing this new reality, from the start, as simply "disappointing," but quickly evolving into more positive language. White House senior advisor Philip Gordon, when addressing the Council of Presidents of Major Jewish Organizations, declared that as long as any new Palestinian government asserts its rejection of terror, its recognition of Israel and its acceptance of past agreements, U.S. aid to the Palestinian Authority will continue. Most importantly he added that the unity proposition was not necessarily a bad thing because it would broaden the Palestinian net in any future dialogue.

The Europeans may grumble that they will be called on yet again to subsidize a Palestinian welfare state, but they are most unlikely to back off given the consequences. And then there are always the Arab oil states, which can step in. But whether the Arab option could be sustainable in the long run is open to question, given the Gulf states' preoccupation with the region's other crises.

My best bet is that the challenges confronting a unity government, lack of any real trust and the ongoing internecine competition for power will torpedo these efforts. We and the antagonists will be stuck with the no war/no peace reality that has perpetually dogged relations between Israelis and Palestinians and from which there seems no way out.

Opinion
If the Kerry initiative goes, blood and pain may follow
April 4, 2014 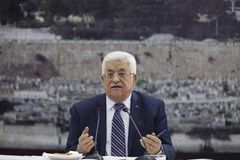 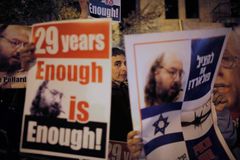