In considering the recent terrorist killings in France it can be useful to employ a constitutional lens. Such an approach can help one rise above the anger and emotion that everyone (on all sides) naturally feels, emotions which almost foreclose productive thought.

"Je suis Charlie!" say some. "Terrible" say some mosques and imams. Fine, but neither is good enough for the very basic question involved.

That question is simple: "What is the source of legitimacy and authority in a society?"

There are two answers. For thousands of years after hunter/gatherers coalesced into settled communities the usual answer was the monarch, or a god, the two often conflated for political reasons. That mystic authority, however named, was above us all and not to be questioned.

Gradually over the past several hundreds of years an alternate response has taken the field, and indeed swept it into the western world. From this point of view the ultimate authority on this earth resides in the individual, being the only natural self-governing unit. Individuals then, recognizing the usefulness of an orderly society, notionally cede some of their authority to a state, with the proviso that in exchange they can choose and remove those exercising the power of the state. That is the description of democracy in its many forms. Granted, we in Canada are still formally ruled by a monarch, but everyone knows that this has long been a legal fiction and that real power is exercised by some combination of first ministers and judges.

The killers who invaded the offices of Charlie Hebdo and a kosher market subscribed to the first definition of proper authority. They did the work of their god as they understood it in attacking threats to that concept. Their god has a billion followers around the world. It is none of the business of the rest of us as to what they believe of morality and the afterlife. It is very much our business, within our own society, as to how believers of any stripe accept our view of civil authority.

There is nothing new about the conflict between religious and secular authorities, nor is there anything new about horrible behaviour. The Christians of the Crusades and the Inquisition and the enslavement of Latin America would be hard to top for cruelty in the name of a god.

What is relatively new in history is the eviction of god from the government, banished to a spiritual existence in the minds of adherents and stripped of temporal power. God is of course an important concept to many, and a source of comfort, inspiration and moral guidance. But the thing is, in our society political power flows from individuals, not from above.

This shift in the source of societal authority is a core value. It is the core value, in a civic and social sense. It is not an optional thing, a take-it-or-leave-it part of the national smorgasbord. We need to absolutely insist on very few things, but this is one of them.

That, to me, is the lesson of the French killings. Of course we (or France, in this case) must do other things as a consequence – after dealing with the killers, beef up intelligence services, work tangibly toward a fairer and most respectful society for all, tackling the so-called "root causes".

But even more importantly, we must have a clear understanding and an insistence on the underlying principle. It is not enough to have men of any god (and how overwhelmingly are they men) deplore given acts of violence. To be a welcome part of our society, any person, any group must wholeheartedly agree to our basic rules. The secular state and free speech, subject only to the laws of the land, are central parts of those rules.

The killers of Paris rejected that view. That makes them not just criminals but, far more seriously, traitors to the society that housed them.

For some, especially those brought up to believe devoutly in the god-source of authority, this subordination of religion to the rule of law is a very difficult choice. But if anyone wants to be welcome in Canada (or France I am sure), this is a choice they must make. If they seek other rules, there are other countries.

Of course we do not have thought police. Anyone can believe what they want. They can also (within hate speech limits) preach what they want. But when the rest of us hear words against our basic values we should not hide our feelings. On the contrary, we should insist on them. 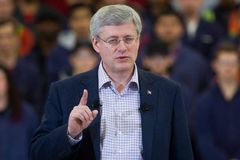 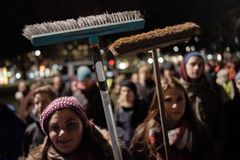