Apart from scandal, Parliament didn't produce much in the just completed fall session – a grand total of three bills. But there was one ray of light, a Finance Committee report last week on one of our most serious problems, the growth of income inequality. The Committee was mandated to study the problem and propose solutions, paying particular attention to the federal tax and income support system.

The Committee heard from dozens of academic experts and public interest groups, and I was pleased to present a brief on behalf of the Broadbent Institute. This built on our own major report on inequality on what I believe to be one of the defining political issues of our time.

The Committee's report falls well short of being ideal. But it does represent a step forward, and provides some interesting insight into how the issue of inequality may play out in terms of partisan and public debate leading up to the 2015 election.

The report lays out the evidence of the growth in economic inequality in Canada, confirming the sustained rise of the income share of the top 1 per cent, and describes some of the key underlying causes, including changes in the labour market. But most experts cited seemed to agree that government policies have also worked to exacerbate the problem.

A major disappointment in the report, reflecting the views of the Conservative majority, is that it fails to underline why the rise in income inequality should be of pressing concern to all Canadians. Almost everyone else on the planet, from the World Health Organization to the OECD and the IMF, stress this reality: high levels of inequality have negative social and economic consequences for everyone, rich and poor alike.

The opposition parties were much better. The NDP supplementary report states that "high levels of income inequality slow growth, destroy communities, and prevent millions of Canadians from reaching their full potential." The Liberal Party states that "if Canada does not address its growing levels of inequality, it faces costly economic and social consequences, from decreased productivity to poor health outcomes."

In a more encouraging vein, the majority report cautiously endorses some positive proposals. Given stated support from both of the opposition parties, these could, and should, move to the top of the government agenda as we approach the 2014 federal Budget and the 2015 federal election.

The Broadbent Institute and other witnesses highlighted the need to increase the Working Income Tax Benefit (WITB) which supplements the incomes of working poor families, thus raising earned income from low wage jobs and helping offset unnecessary barriers to moving from welfare to work.

The majority report calls on the federal government to "formally review the WITB to determine how it could be expanded or modified to further benefit Canadians."

Such programs are key to removing barriers to work by single parents, mainly women, and are also important to expanding lifetime opportunities for low income children. However, the key question to ask of the Conservatives is whether they are actually prepared to fund income supports for the working poor and early childhood programs. After all, their stated priorities, following elimination of the deficit, are to cut income taxes by introducing family income splitting and by raising contribution limits for Tax Free Savings Accounts.

It is encouraging that both of the opposition parties, with only guarded support from the Conservatives, place a strong emphasis upon importance of addressing the needs of Aboriginal Peoples, especially in the area of education.

The NDP also stressed the importance role of collective bargaining in achieving more equality and opposed recent changes in EI that compel workers to take jobs at much lower wages.

Both of the opposition parties call for some limited measures to make the tax system more fair, but neither endorses higher income tax rates for the very affluent, one source of funding new social investments.

The NDP alone condemns the Conservative proposal to extend income splitting to families with children, a measure that would cost some $2.7-billion per year in lost revenues, provide no extra support at all for single parents and lower income working families with children. It would primarily benefit the most affluent. The question for the Liberals is how can they support new social initiatives if they also support the loss of funding brought about by this income splitting proposal and oppose new tax increases.

While the issue of the growth in income inequality has now been put on the table by all parties in this report, it is clear that there will be plenty to debate about possible policy solutions leading up to the next election. 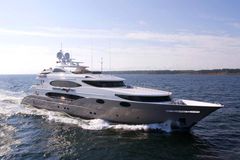 Opinion
The inequality we don’t talk about
March 3, 2018

This refundable tax credit could reduce income inequality
May 11, 2018 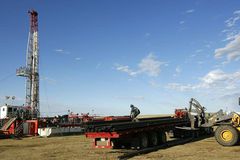