Trevor Tombe is an associate professor of economics at the University of Calgary and Research Fellow at the School of Public Policy.

New Year's – when people around the world reflect on the past year, resolve to improve in the next and enjoy a glass of Champagne in the process. But in Alberta, a new tradition is emerging: Debate a contentious policy issue with overheated political rhetoric, and possibly fill up some jerrycans while we're at it. I'm speaking, of course, of the carbon-tax increase.

On Jan. 1, 2018, Alberta's carbon tax will increase from its current $20 a tonne to $30. To some, it's a cost-effective means of reducing greenhouse gas emissions; to others (perhaps most), it's a needless burden on households and businesses.

"It's going to increase the cost of everything: filling up your tank, heating your home, buying your groceries, because it's a tax on everything that's transported," United Conservative Party Leader Jason Kenney said. This "job-killing tax," the argument sometimes continues, jeopardizes Alberta's fragile economic recovery.

Such concern holds a small kernel of truth, but misses important perspective.

First, household costs will be less than the political rhetoric suggests. Yes, the carbon tax is increasing "by 50 per cent." And yes, both gasoline and natural gas will cost more (an additional 2.24 cents per litre and 51 cents per gigajoule, respectively). But for the average household, the 50-per-cent increase adds up to less than $10 a month in extra fuel costs. And while it's true that business transport and heating costs will increase, leading to higher consumer prices across the board, this effect is also small. My own estimates, using a standard tax-policy model from Statistics Canada, suggest an incremental price increase of about 0.1 per cent due to the carbon-tax increase.

All in, the average Alberta household's annual carbon costs will rise about $150, to about $450 from the full $30-a-tonne tax. This isn't trivial, to be sure, but it's roughly equivalent to the cost of import tariffs (which few of us realize we're paying, and even fewer protest).

The focus on costs also ignores the larger, direct-cash transfers that most Alberta households will get next year. Two-thirds of Alberta households will receive in 2018 a transfer ranging from $300 for a single individual to $540 for a couple with two children. Is this enough to offset carbon-tax costs? For most households that need it, yes. I estimate 70 per cent of households earning less than $60,000 a year will have total carbon costs below $300 a year, and more than 80 per cent will receive transfers larger than their carbon costs. About half of households earning between $60,000 and $120,000 a year will have larger transfers than their carbon costs.

What about the broader economy? Do carbon taxes kill jobs? In recently published research in a top economics journal, University of Calgary PhD candidate Akio Yamazaki examined British Columbia's experience. He found sectors with high emissions intensity or high trade exposure shrank (shedding jobs) while other sectors expanded (adding jobs). The net effect is roughly a wash. Instead of killing jobs over all, carbon taxes shift them.

As for broader economic growth, carbon taxes (like any policy to reduce GHGs) may modestly dampen economic-growth rates. Estimates vary, but credible ones from the government and private-sector analysts find a $30-a-tonne carbon tax may reduce annual GDP growth by around 0.05 per cent. To say this jeopardizes the recovery is a stretch.

Of course, none of this implies that one should or shouldn't support carbon taxes. On the one hand, market-based environmental policy (such as carbon taxes) tends to be the lowest-cost option because governments tend not to know where the cheapest abatement opportunities are. Carbon taxes create incentives for individuals to make their own choices. On the other hand, the tax is highly visible (thus, unpopular) and affects everyone whether they change behaviour or not. Some might prefer more targeted measures.

All major parties support action on climate change. And reasonable people can disagree over the tools. But if not carbon taxes, what? And why? In the process of debating this and other policies, we should use facts and careful analysis. Ritual hyperbole and partisanship is a New Year's tradition Alberta can do without.

Opinion
Low-carbon economy will not be made by policy alone
November 13, 2017 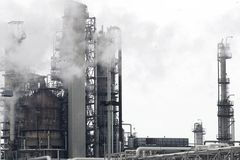