Of all the hot potatoes in Canadian health care, user fees are the hottest. That any patient should pay a fee to see a doctor or enter a hospital has long been anathema to Canadians.

Janice MacKinnon, a former finance minister in Saskatchewan, has picked up that hot potato. She argues in a recent paper for the Macdonald-Laurier Institute that user fees, properly designed, should help finance health care.

Ms. MacKinnon is right about design. If user fees – co-payments, as they're called around the world – are implemented, they should be part of the income tax act. Each time a patient used a doctor or a hospital, it would be charged as income and taxed accordingly. Low-income persons would pay little or nothing; the better-off much more, up to a certain limit.

Quebec's former Liberal government tried a version of this scheme in 2010, and it hit the proverbial fan. A tax on the sick, said some. Regressive, cried others. Against social solidarity, shouted almost everyone. The finance minister retreated, allowing that Quebec's "political culture" was not ready for such a change. He could have been referring to the whole country.

It is asserted, with some justice, that user fees might deter poorer people from using the health system, or delay their use of it until their ailments get serious, at which point they cost more to treat. Yes, very poor people would pay nothing, but what about the near-poor? Some of them might be deterred.

Cost savings? Once various categories of people are exempted from paying (disabled, children, seniors, those with chronic conditions) and a ceiling is placed on yearly payments, the amount raised by the state is actually quite small compared to overall health-care spending. User fees should not be thought of as a way of injecting large amounts into the system.

Perhaps, however, such fees would deter frivolous use of the system. This is often asserted, though never proven. Yes, we all know or have heard of people who we think use the system excessively. But ask yourself: How many people get up in the morning and think that a good use of their time is to wait to see the doctor or hang out in an emergency ward? Frivolous use exists, but its incidence is easily exaggerated through the repetition of anecdote.

All this being said, Ms. MacKinnon does have the weight of international practice on her side.

In November, the Commonwealth Fund published a straightforward, descriptive survey of health-care systems in 15 countries, including Canada. If we remove the United States (with its very different system), Italy (seldom used for comparative purposes in public administration) and tiny Iceland, we are left with Canada and eight European countries, plus Australia, New Zealand and Japan.

Of these 12 countries, only three – Canada, Denmark and Britain – do not employ co-payments (in the form of either user fees or insurance deductibles) for seeing doctors or visiting hospitals. In one form or another, all the others ask the patient to pay to use the system.

In Sweden and Norway, for example, people pay to see a family physician or specialist or to enter a hospital. The payment to see a doctor is $20 to $30; the fee for a hospital stay is more.

These countries limit or eliminate payments for children, the poor, the disabled, the elderly and those with chronic conditions. And they impose an annual limit on what patients pay, usually in the range of $250 to $300.

In France, all citizens co-pay for health services, usually in the range of 20 to 30 per cent. But some of that gap is filled by private insurance, which covers about 95 per cent of the population. There are non-reimbursable co-payments for hospital stays and visits to doctors, but these are quite low.

In countries such as Germany, Switzerland and the Netherlands, there are mandatory private social insurance plans that operate within the public system, and all employ deductibles – a patient payment to use basic doctor and hospital services. New Zealand has co-payments for seeing a doctor.

There are good reasons to question user fees linking payments to use. But the majority of countries with public health systems reject these reasons. 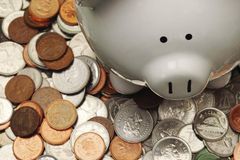 Opinion
Conservatives in power, but out of step
February 27, 2013