I just returned from the contact line in Ukraine's conflict with Russia, which separates free Ukraine from the Russian-occupied parts of the Donbass region. My conclusion is that Europe, Canada and the United States now have the opportunity to foster a political solution to this war: first, by providing defensive equipment to the Ukrainian soldiers; and second, by deploying a robust United Nations peacekeeping mission to the Donbass region. The question is whether the transatlantic allies have the tenacity to solve this conflict bleeding in the Western world's heart, or whether their timidity will let the opportunity sail us by.

The window to deliver a peacekeeping mission was opened last month by Russian President Vladimir Putin himself when he announced his own proposal for UN peacekeepers. Moscow's draft Security Council resolution turned out to be a typical Putin bluff, contradicting numerous UN principles, meaning it cannot be accepted in its current form. But instead of dismissing it, the West should call the bluff and reshape Moscow's latest trap into a window for peace, using a combination of carrots and sticks.

First, the sticks: providing defensive systems to Ukraine. When meeting Ukrainian senior commanders and soldiers on the contact line near Donetsk, I asked what they need to better defend themselves and protect the population. They were clear: not more bullets, but defensive equipment such as night-vision goggles, signal-jamming equipment and radar to detect enemy firing positions. U.S. President Donald Trump has a proposal to supply such a kit sitting on his desk and Russia has issued many threats against it. Many, especially in Europe, fear this would provoke an escalation, but as this equipment is defensive, surely Russia's chagrin could only be justified if it intends to continue attacking Ukrainian forces?

Providing defensive systems in no way diverges from efforts for a peacekeeping mission. The West has already raised the costs to Mr. Putin for his aggression – through sanctions and training of Ukrainian troops. Mr. Putin's overture to the UN shows it is having some effect on his thinking, but his game-playing shows we have not yet reached the tipping point in Moscow's calculus. Further measures will continue to raise the costs and prompt further reconsideration. However, raising the costs alone will not do the trick. We must also give Mr. Putin a face-saving way out of the war he began. Given his past inability to stick to ceasefire agreements, the deployment of a robust international peacekeeping force is the only answer.

Ukraine's President Petro Poroshenko has been calling for such a mission since 2015, but he faced threats of a Russian veto in New York and skepticism from European allies. Some worry that the UN presence would just freeze the conflict at the international community's cost. The Security Council can avoid that by drawing red lines: first, to insist the mission stretches all the way to the Ukraine-Russia border to avoid turning the contact line into a de facto new border; and second, it should protect the population and infrastructure, not just the international monitors operating in the area.

Let's remember the stakes in this often-forgotten war are high. Nearly three million Ukrainians in the Donbass region live in fear and more than 1.5 million are internally displaced. Hundreds of villages are either stuck in the grey zone between the two sides or depend on water and energy supplies coming from the occupied territories. In the Donbass, there is a humanitarian catastrophe in the making. For example, near the area I visited there is a settling tank with poisonous waste. It needs repairs but Russia's proxies will not guarantee the workers' safety. If the tank breached, 80 per cent of the region's drinking water would be poisoned.

Some have argued that even the most capable UN peacekeeping operation cannot face Russian soldiers and weapons. They are missing the point. By agreeing to a peacekeeping force, Moscow would agree to de-escalate. The withdrawal of Russian soldiers and weapons from the occupied territory will be a precondition for the deployment to go ahead. Peacekeepers controlling crossing points at the border will act as another guarantee that the unabated supply of Russian men and weapons will cease.

If Russia delivers on the withdrawal of troops and the restoration of Ukrainian sovereignty, we could offer the greatest carrot: easing sanctions. This cannot be offered as piecemeal; full sanctions relief can only come when all of Russia's obligations are met. A peacekeeping force will not be an easy feat to achieve, but Washington, Ottawa and European capitals would be negligent if their skepticism hampered their efforts.

Mr. Trump's administration has accepted that the road to a better relationship with Russia passes through Ukraine. Now it is time for Europeans to get on board. Canada can play a pivotal role as the transatlantic bridge. Nobody is naive about Mr. Putin's intentions, but a commitment of effort now could uncover a path to end Europe's deadliest conflict. 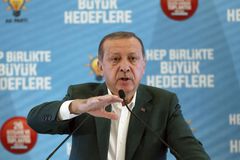 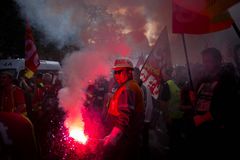 Opinion
Trump on Iran: A win for his populist base, a loss for America
October 14, 2017