With the Canadian Forces' commitment in Afghanistan scheduled to conclude next year, should Canada turn its attention back to United Nations peacekeeping?

The Canadian Forces were good at the peacekeeping job, even if it never was a major priority of the government and the military, no matter what Canadians believed. Nor did UN peace operations ever absorb more than a small percentage of budgets or personnel.

Moreover, Canada did peace operations not out of altruism, but because they served Western interests, for example, at Suez in 1956, the Congo in 1960 and Cyprus in 1964. We did them because of our history: We had an expeditionary military with good logistics and communications, and not many other smaller states did. And we did them because the public liked peacekeeping - it did not divide Canadians the way the world wars had.

But today's peace operations are much more robust, much more difficult enforcement operations than those Canada first undertook, and the UN's record in dealing with peace enforcement is, if anything, much worse even than its spotty record in handling the more benign forms of peacekeeping. That is why the UN increasingly has subcontracted its operations to organizations such as the North Atlantic Treaty Organization and the Organization of African Unity. Sometimes, these organizations have fared well: NATO "resolved" the situation in the former Yugoslavia. But the OAU, its members' militaries much less effective than NATO's, has had no success in Darfur. Unfortunately, there is no sign that the UN itself will be able to mount effective operations at any time.

But that is not meant to suggest that Canada should stay out of all peace operations. The test to determine participation should always be twofold: our national interests and the capability of the Canadian Forces.

Our interests are clear. Canada must defend its territory, its people and its unity. It must work to strengthen the economic welfare of its citizens and, as a liberal democracy, it must co-operate with its friends in advancing freedom. These interests require that we focus first on our own territory, North America and the Western Hemisphere, and on areas of the world, such as the Middle East or Southwest Asia, where conflicts are likely to expand and threaten the globe. Alongside our national interests, we have humanitarian values that must be considered, as in Haiti, to cite one example.

But we can do nothing without a capable military. It has taken Herculean and expensive efforts to rebuild capacity. We now have a small, very capable army, navy and air force, but the operative word for all three is small. The 65,000-person Canadian Forces have been strained to the breaking point by the efforts involved in sustaining a 2,800-person force in Afghanistan. This is not good enough for a country of Canada's power and standing, and if we want to be able to play a role in peace operations - or any other military operations - we are far from finished with the rebuilding of the forces. Numbers must be increased and new ships, aircraft and armoured vehicles must be acquired.

Not every UN operation is good; not every non-UN operation is bad. Some writers even suggest that everything touched by the United States must be bad. This is flatly wrong.

We should be willing to offer military assistance to peace operations if key conditions are met. There must be a strong political will to act at the UN. The host nation must agree to accept foreign soldiers on its soil and demonstrably want to resolve the crisis. There must be a clear exit strategy or a withdrawal date stated in advance by the UN or by the Canadian Parliament. The mission must serve Canada's interests and, above all, our troops must be deployed with the equipment, training and numbers required to achieve the operation's ends. Only if those conditions are met should the government of Canada send its men and women abroad.

In other words, let us not rely on platitudes and myths any more. We are not a moral superpower or divinely gifted peacekeepers. We ought never to make virtually automatic commitments to UN or other peace operations. We need hard-headed, realistic assessments of our situation and interests. Moreover, public backing is essential, and our elected representatives should be required to approve every significant deployment.

So, peace operations, yes. But only if it is something we can do and something that is right for us. The task of the Canadian government is to assess the factors involved carefully and to provide what is needed to make successful operations a certainty. 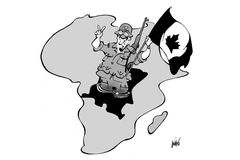 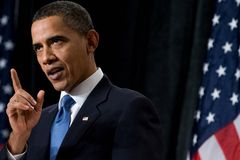 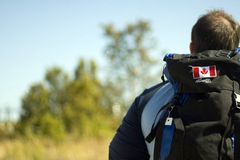