ALAN BROADBENT
Contributed to The Globe and Mail
Published January 12, 2012 Updated May 9, 2018

Efforts by Prime Minister Stephen Harper and his Natural Resources Minister to characterize charitable organizations as dangerous radicals assaulting the national interest is far removed from the truth. Such dubious claims reflect either a willful ignorance of the truth or a willingness to bend it to favour their own interests.

Particularly heinous to Mr. Harper, and to the internationally funded oil companies working in the tar sands, is the fact that non-Canadians have been among the funders of some environmental non-governmental organizations. This has been characterized by the industry and its acolytes as foreign interference in Canadian sovereignty.

The modern philanthropic and charitable sector is increasingly global in its activities and funding. Most issues are not constrained by national borders. Water quality, low-income housing, human trafficking and support for disabled people occur across the planet, for example, and solutions in one place often provide lessons for another. And very often the malign effects of problems in one place spill into neighbouring places.

So the philanthropic and charitable sector has been adjusting to do its work more effectively. It has become increasingly:

• Issue- and problem-based, rather than driven by donors' personal whims.

• Non-political, not supporting one party or candidate over another but trying to analyze issues and recommend solutions any government can work with.

• Science-based, with strong relationships with university and independent researchers.

• Collaborative with other NGOs, with government (taking advantage of the big public policy levers) and with business (recognizing the power of the marketplace).

• Aimed at finding solutions, rather than just describing problems or seeking scapegoats.

• International in focus, to increase the amount of shared knowledge and learning opportunities.

A number of international foundations are working with New Zealand's Tindall Foundation as it develops a social housing bond to aid in the rebuilding of housing in Christchurch following devastating earthquakes. And there has been broad collaboration with and support of the U.S.-based Melville Charitable Trust in its creation of models of supportive housing for the disability community, again an issue in every country.

In this light, Natural Resources Minister Joe Oliver's open letter the day before the Northern Gateway pipeline hearings began that painted international co-operation as extreme and offensive is difficult to explain. And so is Mr. Harper's support of the attack campaign by the tar sands companies.

Some say it's because they want to divert attention from the environmental threats posed by the Gateway pipeline, and from the sorry environmental impact of the tar sands operations themselves. That the industry has resorted to a former tobacco industry executive to lead the charge against the environmental NGOs should be a good enough warning indicator that something toxic is afoot.

Canada would be served better if the government let science speak, let the affected communities be heard, and let the full light of day shine. Demonizing the charitable and philanthropic sector is not in the national interest.

Alan Broadbent is chairman and CEO of Avana Capital Corp., chairman of the Maytree Foundation and a board member of Tides Canada Foundation.

A previous version of this article did not mention Mr. Broadbent's affiliation with Tides Canada. 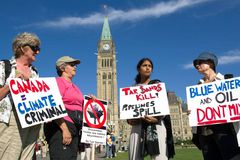 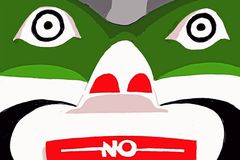 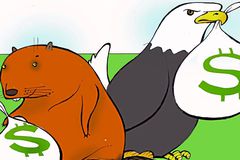 Opinion
Our ecological treasure is the issue with Northern Gateway
May 3, 2018 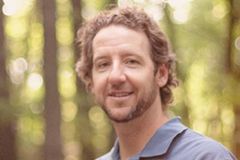 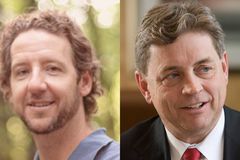 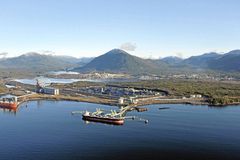