Let us spare a moment of thought for the bohemians. Their lives used to be simple. The place where people created important music, literature, art and drama was inevitably a chaotic, dense, low-rent neighbourhood near the centre, home to working-class immigrants, dissolute flophouse types, students, artists and hangers-on – those for whom the combination of low rent and noisy street action was an asset.

In London, this place for decades was Soho, until it became too fancy; then Whitechapel and Spitalfields became the hub of British art and film and fiction in the 1990s, until spiralling rents drove the artists northward to Hoxton and Shoreditch, and then, in the 2000s, up to Hackney.

New York's creative geniuses, from Walt Whitman to Miles Davis, made Greenwich Village their home for a century and a half (you can find articles as far back as the 1920s arguing that the Village had lost its former cool) until rising rents drove them into the Meatpacking District and the Lower East Side, and then, in the early 1990s, across the river into Park Slope and Williamsburg, and then into ever-more-remote corners of Brooklyn.

In Toronto, the post-1980s renaissance moved further and further along Queen Street West, then took over the once-industrial Junction. Berlin's teeming creative hub after 1989 was the dense immigrant district of Kreuzberg. It became too expensive for actual artists, who moved further east to places like Wedding.

The past few years have seen that pattern fall apart. The average house price in Hackney – a near-slum on the far fringes of London a decade ago – just passed $900,000 after rising 17 per cent in a year, with rent following suit. Brooklyn is now the second-most expensive place to live in the United States (after Manhattan). Good luck finding a semi-detached house in even the grottiest parts of central Toronto for less than $600,000, or a one-bedroom apartment below $2,000 a month. Forget living anywhere urban in the San Francisco Bay area if you don't make a six-figure salary. This isn't just a problem in the West: In cities usch as Beijing and Istanbul, once-storied artistic districts are now antiseptic luxury zones.

Those other denizens of the boho district, the new immigrants and the rent-paying poor, are also being bumped out of downtown. In an almost complete reversal of the 20th-century pattern, almost all new immigration and most urban poverty, in most Western countries, is now found in the suburbs. But artists are unlikely to move their garrets to subdivisions out beyond the ring road. Their districts need to be close to the high-density commercial core to function properly.

This problem is too often described simply as "gentrification" – a word which implies that some capitalist gentry have ridden in with their riding crops to drive the lumpen classes out of their low-income homelands. In fact, the gentrifiers are often the immigrants or artists themselves – those who were able to buy a downtown house or loft back when it was affordable (in places like Canada, this is a great many).

You may notice that big cities are not exactly devoid of successful artists and musicians and writers. This is in part because the generation that benefited from gentrification still dominates; in part because young artists tend to find day work in high-paying new-economy "downtown" fields such as web design and advertising. It's the next generation we need to worry about: Where will they hang their brushes? The people who consume culture will proliferate downtown; those who produce it might not be able to.

The Toronto-based urbanist Richard Florida has spent the past 15 years arguing, in compelling detail, that cities ought to create places amenable to creative people if they want to thrive. This has inspired a heated debate over whether artistic zones are a cause of economic growth (as he believes) or an effect.

It's somewhat beside the point, though: This is really a subset of a larger problem, the shortage of lower-cost rental housing downtown. Big cities need higher population densities, zoning rules that encourage taller apartments on shopping streets and laneway developments behind houses, big mixed-income developments in former industrial space and policies that encourage lower-end rental markets – as well as the political courage to overcome not-in-my-backyard resistance to these things.

What's killing those artsy districts is an excess of love: We all want to live in them. Let's return the love and make sure a lot more people can live downtown in the future – not just squares like me.

Opinion
Busting the myth of a Mediterranean invasion
May 12, 2018

Opinion
How the politics of resentment created a crisis in conservatism
May 12, 2018 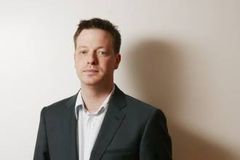 How fast-growing Berlin gambles its future on abandoned airports Subscriber content
May 12, 2018 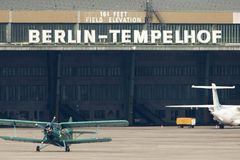