Earlier this month, Khairuldeen Makhzoomi, a California university student, was removed from a Southwest Airlines flight when a passenger became suspicious about his Arabic cellphone conversation. He had been speaking to his uncle in Baghdad about a recent United Nations dinner he attended. As the passenger glared at him, the 26-year-old told his uncle he would call later, adding, "Inshallah." This expression sealed his fate.

After questioning by the FBI about martyrdom, the young man continued his trip on Delta Airlines. It seems that, somehow, inshallah transformed into shaheed (martyr) in an airplane cabin where acoustics are mediocre at best. An honest mistake. But enough to get an Arabic-speaking passenger ejected.

In the interest of allaying fears of non-Arabic fliers, here are some common expressions you might hear on your next trip:

Inshallah means "God willing." It is used throughout the Muslim world (even among non-Arabic speakers), when speaking of future endeavours. It is an affirmation that, in spite of one's best efforts, events ultimately unfold according to God's plan – a powerful combination of humility and determination. But as Wajahat Ali noted with insight in The New York Times, inshallah has also come to mean "fuggedaboudit," and is now casually tossed when there is little will to follow through on a request or a promise.

You may hear alhamdulillah (praise be to God), an expression of gratefulness to the Almighty. It is said during good times or bad, so that one always has a positive outlook. For example, "Alhamdulillah, at least Mr. Makhzoomi wasn't sent to Guantanamo." No one likes a complainer.

Then there is subhanallah (glory be to God), which is said as an expression of amazement. The secular equivalent is "wow." For example, "Subhanallah, a guy got kicked off a flight for speaking Arabic."

You may have already heard of bismillah (in the name of God), which is said as a blessing before starting pretty much anything, such as eating a meal. Or boarding a flight. This should not be confused with the same expression sung with gusto by Queen in Bohemian Rhapsody.

A less common expression is astaghfirullah (I seek forgiveness of God). It is meant as a heartfelt cleansing of one's conscience. The secular equivalent is "sorry," which is ingrained in the Canadian DNA.

Mashallah packs a punch, meaning "what God has willed, has come to pass." It is mentioned when admiring praiseworthy qualities of a person. For example, "Mashallah, your baby is so beautiful," or "The border guard who detained me for hours was, mashallah, so polite."

A way to thank people, no matter how great or small the deed, is to say, "Jazakullahu khair" (May God give you a good reward). For example, if Southwest were to write a letter of apology to Mr. Makhzoomi, it would be advisable to include the following: "Jazakullahu khair for choosing not to sue us."

Then there is wallah ("by God"). It is a solemn oath, with God as witness. Think of "I swear I am telling the truth, the whole truth and nothing but the truth. So help me God." While meant to be evoked rarely, wallah has become ubiquitous, reminiscent of the "I swear" blurted every few seconds by kids in a schoolyard. I've heard it lobbed with ferocity during arguments about the weather. An alternative form has even become part of cool multicultural lingo; as my daughter's friend noted, "Even the Vietnamese kids in my high school are saying wallahi."

Finally, there is habibi (my love), a term of endearment, much like "honey" or "luv." With this word, you can join in on the chorus of any Arab song. At an Arab wedding, throw in some ululation for a richer experience.

Try these in daily life, and you'll find they're not so foreign. For example: You (speaking optimistically): "Habibi, with no Canadian teams in the Stanley Cup playoffs, we can spend more time together." Your partner (with a wry smile): "Inshallah."

And a final note: Perhaps it would be best not to try these out on a Southwest flight. 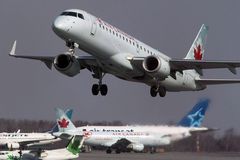