A similar dynamism is being nurtured, right here in Canada, between teens who live in the heart of one of the world's most intractable conflicts.

Since 2011, the Heart to Heart program has brought 14- and 15-year-old Jewish and Palestinian citizens of Israel for a multiweek summer program where they live together and foster ties of mutual respect. The program – a partnership between the Givat Haviva Education Foundation in Israel and Hashomer Hatzair in Canada – was founded as a response to structural inequities in Israeli society and to nurture positive relationships as the foundation for peace.

A major challenge to building such ties between Palestinian and Jewish Israeli youths is the government-mandated separate school system – although there is a movement under way toward inclusive schools as the foundation for a shared society.

Program director Jenny Isaacs points out that in addition to separate schools, the tense situation – along with stereotypes and fear-mongering – keep young people apart. This program attempts to bridge the two solitudes by breaking down barriers. For many participants, it is the first opportunity to have meaningful interactions with the "other," even though they may live in neighbouring communities.

Applicants are required to write a letter explaining why they want to participate in this initiative. For many, it is a simple, yet profound, desire to know each other for the sake of peace.

This summer, the youths spent three weeks at Camp Shomria in Perth, Ont., travelled to Ottawa to visit Parliament and the Museum of History, and participated in a Blanket Exercise which taught them about the histories of Indigenous peoples (with parallels in their own experiences). The final week included dinner with the renowned peace activist Dr. Izzeldin Abuelaish, and a warm community reception at the Sayeda Khadija Centre in Mississauga, hosted in co-operation with Solel Congregation. Canadian Jewish, Arab and Muslim communities have worked together to support this peace-building program.

Karen Mock, a founding member and current chair of its advisory committee, explains that an overarching goal is to create a safe space where Palestinian and Jewish youths can share their hearts and minds.

One powerful exercise involves the participants creating historical timelines of "the other" group, which is then shared. Through personal discovery and understanding of each other's narratives, they realize that they have common goals. In addition, the youth explore the lyrics of the Israeli anthem and a Palestinian anthem. This permits mutual appreciation of national aspirations and the longing for a homeland, after which, they collaboratively write one anthem for both peoples.

I spoke with two participants via a translator.

Roi Mado is Jewish, hailing from Midrakh Oz. He loves theatre and aspires to be a pilot. Although some conversations were difficult, he learned to convey his opinions without hurting others. The group became like a family which led to frank, respectful conversation, far away from tensions back home. He has learned that Palestinians are similar to Jews and wants to share his experience with Israeli teens. He, along with the group, plans to make a documentary and start a language project that combines the Arabic and Hebrew alphabets.

Nadeen Abumoch is a Palestinian from Baqa al-Gharbiyye. She loves math and Hebrew, and aspires to become a doctor. Like Roi, she learned to navigate through difficult topics, while building mutual respect. The program deepened her conviction that people wish to live in peace. She can't wait to work diligently toward this goal.

Roi and Nadeen both expressed admiration of Canadian society – where people of different backgrounds live in peace and respect, rather than conflict. They believe that Israelis can learn from our example.

Ms. Isaacs acknowledges the challenges of sustaining momentum once the youths return. For example, there is mandatory military service for Jewish youth. Yet the aim is to plant seeds of respect that will sprout into a strong movement toward a shared society. There is a pilot alumni program to strengthen interpersonal bonds back home.

In their collaborative anthem, participants composed: "Everyone deserves the same respect." This courageous program deserves the respect and support of all Canadians. 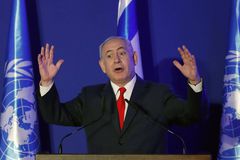 Former ambassador Michael Bell was the face of Canadian diplomacy in the Middle East
August 24, 2017 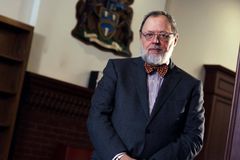 Opinion
Israeli-Palestinian peace deal: It’s much harder than Trump thinks
May 24, 2017
Follow us on Twitter @globedebate Opens in a new window
Report an error Editorial code of conduct
Due to technical reasons, we have temporarily removed commenting from our articles. We hope to have this fixed soon. Thank you for your patience. If you are looking to give feedback on our new site, please send it along to feedback@globeandmail.com. If you want to write a letter to the editor, please forward to letters@globeandmail.com.
Comments