A new global conversation about diversity is urgently needed. While every society in the world today is diverse in some way – the West, developing countries and emerging powers – diversity is often seen as a threat. Efforts to eliminate difference and impose the will of the majority drive far too many of today's conflicts. We see this in Myanmar where Rohingya Muslims are being cruelly persecuted for their beliefs.

Fear of the "other" is on the rise. New data from Statistics Canada show that hate crimes targeting specific religious and ethno-cultural groups have increased in Canada. In Europe, an analysis of the Brexit vote by The Economist suggests fear of immigrants and refugees was the crucial factor behind the decision of Britons to leave the European Union.

Diversity is not the problem. Negative responses to diversity are the problem. Against this backdrop, it is important to highlight the efforts of people who are choosing a different path. Pluralism is the deliberate choice by governments, civil-society organizations and individuals to treat diversity as an asset rather than an automatic liability. The Global Pluralism Award, a new prize offered by the Global Centre for Pluralism, was envisioned by the Aga Khan, chair of the centre's board, as a way to celebrate extraordinary examples of pluralism in action.

The Global Pluralism Award attracted 230 nominations from 43 countries. The jury learned of tremendous leaders around the world fighting for inclusion. The three winners and seven honourable mentions, who are being presented with their awards this week in Ottawa, are from fields ranging from technology, to filmmaking, to human rights.

Their stories are truly inspiring. Like Leyner Palacios Asprilla from Colombia, who is addressing the historic marginalization and violence suffered by Afro-Colombian and Indigenous communities throughout the 52 years of civil conflict in Colombia. Mr. Palacios lost 32 family members at the hands of the armed group FARC in one of the deadliest massacres of the conflict when they bombed a church in his village. In response, he co-founded the Committee for the Rights of Victims of Bojaya, which represents more than 11,000 victims. The committee has united 32 semi-autonomous Embera Amerindian and 19 Afro-Colombian communities in their common struggle to end the Colombian conflict. Despite the suffering he has witnessed, he still holds a deep faith in people and their ability to rebuild their community's strong social bonds for the next generation.

There is also Alice Wairimu Nderitu of Kenya, a conflict mediator who resolves conflict by encouraging divided parties to think as a collective about their shared future. Despite working in very polarized environments in Kenya and Nigeria, her approach works. In 2008, following the post-election violence in which 1,300 Kenyans were killed and 600,000 displaced, Ms. Nderitu was the only female mediator among 100 elders in a mediation process in Kenya's Rift Valley. Her work to promote dialogue and cooperation resulted in the peaceful elections of 2013. In Southern Kaduna, Nigeria, she mediated an armed conflict among 29 ethnic communities, successfully insisting that women and youth be included in the process. The result was the Kafanchan Peace Declaration signed in 2016. She helps the parties in a negotiation see the possibility of a different, more inclusive future for themselves and their communities.

Finally, award winner Daniel Webb from Australia fights to protect asylum seekers from offshore detention on the islands of Nauru and Manus, in Papua New Guinea. A human-rights lawyer, he has been countering the toxic rhetoric that surrounds the asylum-seeker issue in Australia with an alternative narrative. He has visited the offshore detention centre on Manus Island, met the detainees and heard their stories. He has shared their plight with the Australian people through advocacy campaigns and has helped to shift the public conversation from one of deterrence to welcome. In 2016, Mr. Webb led a public advocacy campaign that prevented the deportation of more than 300 people, including 40 infants and 50 children, to the offshore detention centres. He has also prompted the release of more than 230 people from detention, giving them safety and a chance at a new life.

The Global Pluralism Award winners are proof that a different approach to diversity is possible. To combat fear and intolerance, we need positive examples to follow. These impressive individuals are leading the way. 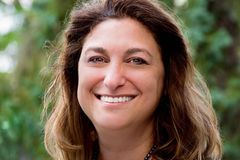 Opinion
Pluralism is a path to lasting peace and prosperity
September 29, 2017 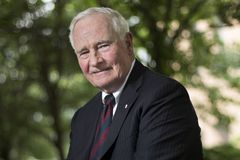