Daniel Bear and Johannes Rieken
Contributed to The Globe and Mail
Published March 28, 2014 Updated May 11, 2018

Canadian policing practice is some of the most advanced and forward-thinking in the world, and that should by all means include technology. The Toronto Police Service recently announced a pilot program to provide body-worn video cameras for officers to record and improve their interactions with the public. But a technological panacea cannot work in isolation – it must be paired with more substantive changes.

The suggestion to use body-worn video (BWV) came about as part of a report that examines community engagement and "recognized the need to address bias and racial profiling issues." BWV was only briefly mentioned in one of the report's 31 recommendations. That is not to say the cameras should not be introduced, but we should be thinking about their purpose, and how exactly they will improve community interaction.

A random control trial examining the use of BWV in Rialto, Calif., found that complaints against officers dropped more than 80 per cent and use of force against civilians dropped by more than 60 per cent once the cameras were introduced. These are impressive figures, but they merely reflect the report's main finding, that the cameras made officers comply with existing use-of-force guidelines. This speaks to a much larger issue about police training and the need for procedures that promote respect and co-operation, not just surveillance.

Where these cameras have already been introduced, they often find advocates among front-line police officers, who argue that the cameras will exonerate them in complaints. This argument was specifically mentioned by Toronto deputy police chief Peter Sloly when the pilot program was announced. But where does that leave us? In a situation where both sides will aim to show that the problem in police-public interactions is the other party. As any couples counsellor will tell you, that's probably not a good starting point.

Policing is a complex and challenging job, and it is inevitable that things will occasionally go wrong. Ever-closer monitoring creates an atmosphere where an officer isn't allowed to make mistakes and then learn from them. Let's not fool ourselves – if BWV is not used constructively, officers will find ways around it. Cameras will break and officers will look away at crucial moments or subtly learn to make situations look one way when they are actually another.

Video is not as objective as we like to think. Providing courts with video evidence does not resolve ambiguity about how an incident has played out – it merely presents another form of evidence they have less experience deciphering. The different ways the Rodney King and Sammy Yatim cases played out, for example, shows that court interpretation of video evidence may not be as predictable as we would initially believe.

BWV could be used in a constructive manner to help improve officer engagement with the community. A project at the Norwegian Police College is geared toward using similar devices to help officers reflect on their practice and the importance of seeing interactions with the public from different perspectives.

Used in this manner, and in concert with better training and efforts to continuously interact positively with policed communities, BWV can play a constructive role. However, the conversation about community engagement cannot be blunted by the perception that all's well once cameras are being worn.

Daniel Bear is a professor in the school of public safety at Sheridan College. Johannes Rieken is a researcher at the London School of Economics and special constable with the London Metropolitan Police. 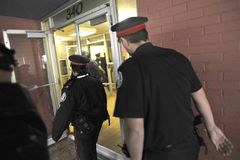 Vancouver police may wear body cameras in test run
May 11, 2018 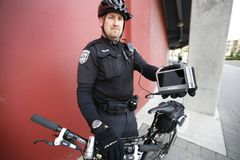