A new report by the French aviation authority about the horrific Germanwings Flight 9525 makes for disturbing reading.

We already knew that, on March 24, 2015, suicidal pilot Andreas Lubitz deliberately crashed an Airbus 320 into the French Alps, killing all 150 people on board.

Now the Bureau d'Enquêtes et d'Analyses has provided the gory details not only of the flight's final minutes, but of Mr. Lubitz's history of psychiatric illness.

He was first diagnosed with severe depression in August, 2008, but was treated and resumed training one year later. His pilot's licence was granted on the condition that he undergo periodic mental-health evaluations, which he did.

Mr. Lubitz sought treatment often over the years, mostly for vision problems, but his mental health clearly took a turn for the worse in November, 2014, when he began to experience psychotic episodes (meaning he was losing touch with reality). But his work was regularly assessed as top-rate, and none of his co-workers noticed any problems.

Between Nov. 24, 2014, and March 18, 2015, Mr. Lubitz was granted sick leave six times because of severe depression. He was also prescribed five drugs, including antidepressants, antipsychotics and sleeping pills. On March 10, two weeks before the deadly crash, a doctor recommended that the pilot be admitted to hospital for treatment of psychosis.

But his medical condition, prescriptions and urgent need for treatment were never reported to his employer, by him or his treating physicians.

The BEA concluded, in chillingly bureaucratic language, that the "process of medical certification of pilots, in particular self-reporting in cases of decrease in medical fitness between two periodic medical evaluations, did not succeed in preventing the co-pilot, who was experiencing a mental disorder with psychotic symptoms, from exercising the privilege of his licence."

The French aviation regulator made a series of recommendations, including mandatory psychiatric and psychological evaluations of pilots and a call for laws requiring physicians to report to employers and authorities when a patient's health is "likely to impact public safety," even without a patient's consent.

This appears quite reasonable, at least on the surface. But the unstated assumption is that people who suffer from mental illness are dangerous, which, 99.9 per cent of the time, is untrue.

Pilots should be fit to fly. One of the conditions of employment should be regular testing – for everything from heart disease to drug abuse, not just mental-health issues – and the rules for reporting that information to employers and regulators should be clear.

But pilots, like everyone else, are entitled to medical confidentiality.

If you put rules in place that doctors must rat out patients who suffer from depression and other forms of mental illness, the only thing you will do is discourage people from seeking treatment. (There are also financial disincentives; in Mr. Lubitz's case, being declared unfit to fly would have resulted in an insurance payout of €60,000 [$88,350], the same amount he paid for his pilot training. He would have received no other disability payments because of his prior history of depression.)

Of course, doctor-patient confidentiality is not an absolute right. In some cases, such as child abuse, physicians have a legal obligation to report to authorities. They can also violate confidentiality if there is an imminent danger to the public, such as when a patient reveals a plan to kill someone, or to crash a full plane into the Alps.

There is no evidence, though, that Mr. Lubitz spoke of specific plans.

There were, however, a couple of things that might have prevented the tragedy. The first is adequate monitoring and follow-up when a pilot is treated for illness, psychiatric or otherwise.

Clearly, there need to be safeguards in place to ensure that when people are too sick to fly, they don't fly. But you need to strike a balance between safeguarding privacy and allowing for the sharing of health information to ensure the best treatment and the health and safety of the patient or others.

The other obvious preventive measure, which the BEA did not touch on, is that a pilot should never be left alone in the cockpit, especially with the ability to lock himself behind an impenetrable door.

Surely that is a more simple and sensible rule to implement than going on a witch hunt for all pilots with psychological or psychiatric conditions, when the vast majority are perfectly competent and capable. 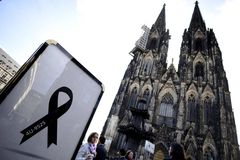