Sean Bruyea, vice-president of Canadians for Accountability and author, is a retired Air Force intelligence officer

It is difficult to conceive of a more disheartening outcome for veterans, or greater victory for the federal government. The recent B.C. Court of Appeal ruling strikes down, in its entirety, a lawsuit seeking to reinstate veterans' lifelong disability pensions.

This ruling has closed many doors to Canada's veterans. Ottawa can and should reopen them.

It was the Liberals in 2005 that pushed through, without debate, in the middle of the Afghanistan war, legislation that the Conservatives would later champion as "the most profound transformation of veterans' services and benefits since the end of the Second World War."

The so-called "New Veterans Charter" was predominantly a repackaging of already existing legislation and programs with one critical difference: The lifelong pension for pain and suffering created in 1919 was replaced with a one-time lump sum.

The lump sum, paying up to a maximum of $360,000, has been the lightning rod for much disaffection among Canada's more than 93,000 Canadian Forces veterans with a lifelong injury due to military service.

It would take just 10 years for a veteran under the lifelong scheme to collect an amount equal to another who receives the lump sum. Given that many disabled veterans leave the military before the age of 40, the financial injustice of the lump sum becomes apparent.

This is the argument that the six veterans, collectively known as Equitas, have taken to the court of public opinion, garnering much media attention. Meanwhile, their legal claim focused upon more esoteric arguments of charter violations, constitutional issues such as honour of the Crown, and a Bill of Rights claim while maintaining the long-standing existence of a "social covenant."

A panel of three judges in the B.C. Court of Appeal unanimously struck down all arguments.

The judges also admonished the Equitas claim as being "unwieldy" and "prolix," containing "a good deal of rhetorical excesses" while "the formal requirements [of a civil claim] were ignored by plaintiffs' counsel." This decision is a profound setback for veterans. Lawyer and historian Jonathan Minnes rightly anticipated in a 2016 article in Canadian Military History that the plaintiffs "risk creating a negative precedent, which could undermine the covenant itself."

The judges took direct aim at the claim of a long-standing existence of a social covenant – the foundation of the claim – noting that this is the first time the concept has appeared in a judgment and that "it has no established meaning in law."

However, the ruling also notes Equitas refused to consider an argument that government should be obligated to provide adequate compensation for injuries based upon principles of fundamental justice.

Ironically, Equitas has pursued their media campaign while making a fundamental justice case. Key to such an argument is seeking significant consensus on a legal principle. Not just Equitas, but other veterans have come forward in droves to denounce the lump-sum program.

When I first began advocating 18 years ago, I, along with famed Gulf War veteran Louise Richard, were the only two veterans who routinely spoke publicly about the plight of veterans. By 2005, that did not change, even after I was the first to publicly oppose the lump-sum program. However, since 2010, dozens of veterans have confronted government in the public space on a regular basis. Public opinion drastically changed with 2015 witnessing the first election in decades being decided in part on the basis of the mistreatment and neglect of veterans and their families.

It was a public consensus of the injustices experienced by disabled veterans that underpinned the Liberal party platform to commit to "re-establish" lifelong pensions.

This is not just about money, nor has it ever been. Canadian Forces veterans, especially disabled ones and their families, have been submerged in a constant deluge of political and bureaucratic rhetoric. Simultaneously, they struggle with a heartfelt sense of alienation from the society for which they sacrificed.

Federal politicians and bureaucrats have made Canada the eternal bachelor: forever charming Canadians in uniform into showing undying love and sacrifice for their nation, but, like Peter Pan, perpetually flitting and flying around any pledges of real legal commitment to veterans.

Politicians are the only ones that can change this 100-year-old dance. They command the bureaucracy that writes the laws. They pass the laws. Politicians must commit Canada to enshrining a real, substantive and lasting legal obligation that respects all that Canadians sacrifice when they wear the uniform to protect and defend all we hold dear. 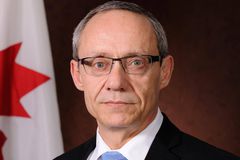 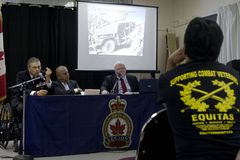 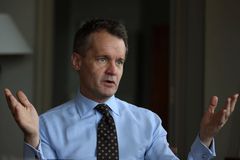