Investors, central bankers, governments and ordinary people around the world are relieved that the United States avoided default on its debt at the eleventh hour and ended its partial government shutdown. Everyone knows, however, that this is a very temporary solution and that the potential exists for another dramatic test of wills between Republicans in the House of Representatives and the White House early in 2014.

The issues that drove the sabre rattling of the past couple of weeks – Obamacare, government debt and taxation – are surface manifestations of a profound crisis in American politics and society. More tense showdowns, some likely more serious than the one that has just unfolded, are virtually guaranteed.

The United States is descending into a civil conflict that is driven by the division of the country into two quite distinct societies. Let's call them Old America and New America.

Among the elements that have fuelled the formation of the two Americas are: changing demographics, social class, gender, values, religion and guns.

Old America is overwhelmingly white and mostly inhabits the South and the heartland of the United States between the North East-Midwest and the West Coast. The denizens of Old America regard themselves as the descendants of the founders of the United States. They now live in fear that they are losing the mastery of the country they once assumed was theirs.

The demographic shift has already transformed American politics. The election of Barack Obama to two terms in the White House reveals that minority voters are not only crucial to outcomes as was the case for Bill Clinton in the 1990s, but that minority candidates can now win the nation's highest office.

Evangelical Christianity reinforces demography in knitting Old America together. Most evangelicals deny the theory of evolution and the idea that humans are causing climate change. Evangelicals are strongly opposed to abortion and gay marriage. Women's bodies have become a battleground in a struggle over the proper role of women in society. Although Old America is losing the battle for the allegiance of the majority of women, tens of millions of women adhere to the view that women should be subservient to men.

Those on the Old America side of the divide are anti-immigrant and they are staunchly pro-gun. In extreme cases, in border states such as Arizona, they set up armed militias to hunt down illegals crossing the border from Mexico.

In the months since the school shootings at Newtown, Connecticut, pro gun forces having been winning the struggles against the advocates of gun control. Demand for guns and ammunition has spiked over the past year. When I visited a gun shop north of San Diego a few months after Newtown, the proprietor told me that customers now have to wait as long as ninety days to acquire high powered, semi-automatic rifles, revolvers and ammo.

All fifty U.S. states now allow the "concealed carry" of firearms and over forty states allow residents to carry weapons in the open subject to a variety of regulations. Guns can now be carried in most states to schools, colleges, churches, malls and restaurants. Spokespersons for Old America argue that the right to bear arms is an essential bulwark against tyranny. If necessary, these arms could be used against the United States government itself.

The gun issue, odd as it may seem to inhabitants of other advanced countries, could prove to be the most explosive of the questions pushing the U.S. toward civil conflict. Disarming the gun owners of America, or seriously limiting the types of weapons they can possess, should that become the will of the majority and their representatives, could well provoke large scale violence.

New America is much more diverse than its counterpart, with multiple ethnic, racial and cultural identities. It spans the spectrum of social classes from Wall Street financiers through highly educated professionals, workers, farm labourers and the unemployed. This is the America whose numbers are rising while Old America stagnates.

Dysfunctional features of the American system of government make collisions between Old and New America, such as the impasse over the budget and the debt ceiling, more threatening than they otherwise would be. The separation of powers between the executive branch and the Houses of Congress means that a faction of a single party in the House of Representatives can bring the government to a halt through a denial of funding, at least for a time.

A century and a half ago, the outbreak of the Civil War had a great deal to do with the U.S. system of government. Abraham Lincoln was elected president of the United States on November 6, 1860 with a minority of the vote in a four-way contest. By the time he was inaugurated four months later on March 4, 1861, seven southern states had seceded from the American Union to form the Confederate States of America. With a parliamentary system, the 1860 election could have resulted in a minority government and some kind of compromise.

Whether a different governmental system could have prevented a war that cost the lives of six hundred thousand people is unknowable. Great social collisions are heavily subject to contingency, that is to say unique factors, and even the impact of particular personalities.

Old America, fearing the loss of its power and way of life, is taking the offensive in a wide-ranging struggle against New America. How far down the road to serious civil conflict Americans will travel in this dangerous engagement remains to be seen.

James Laxer is a professor of political science in the Department of Equity Studies at York University. He is the author of A House Divided: Watching America's Descent into Civil Conflict, published by House of Anansi as an E Publication. 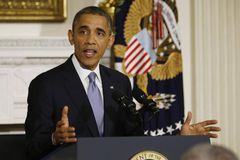 After the shutdown: Why the Tea Party rebels may get the last laugh
Subscriber content
October 18, 2013 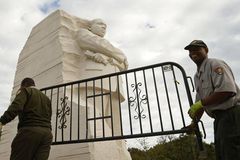