Too quick, many of the provinces say. There just isn't time to put in place a way to distribute legalized marijuana, and all the rules and schemes needed. Oh no, the police say, the timelines are tight, and they're worried that they won't be ready for policing in the brave new world of legal pot.

Okay folks, let's stop talking like slackers. This doesn't have to drag on for years.

The legalization of marijuana has been debated in Canadian politics since the 1970s and studied by task forces and committees for decades. It has been official government policy for two years. There are still 10 months before it is slated to be legal in July. Sure, there are significant details to work out – but this is not Mission: Impossible.

It's one thing for the provinces and police to say they haven't yet got all the details of the legislation. But the plan to legalize marijuana has been coming at them in slow motion through consultations and a task force led by former justice minister Anne McLellan.

There is inertia. Some people are against it. And there could be criticism about the way it's rolled out. So people are screaming there's no time.

If there was no deadline, the details would keep being troublesome, and unresolved, for years.

The provinces have to figure out how legal marijuana will be sold in their jurisdictions and the details of non-criminal sanctions – tickets – for breaching some of the new regulations.

It's not hard to see why provinces view this as a pain. This wasn't their promise, it was Prime Minister Justin Trudeau's. It takes time and political effort away from their own priorities. And announcing their own marijuana plans will automatically bring grief.

The Ontario government was first, announcing a plan to have legal marijuana sold in up to 150 government-run stores operated by the Liquor Control Board of Ontario. Premier Kathleen Wynne's Liberals were criticized for coming up with a heavy-handed, statist regime.

That's fair enough, if you believe there's a better way, but any marijuana plan will be criticized for being too restrictive, or too lax, or not centred enough on health, or protecting children. No wonder premiers are not rushing to announce theirs. Ms. Wynne's main opponent, Ontario Progressive Conservative Leader Patrick Brown, argued that the legalization of marijuana "should not be rushed to suit a political timeline." You can guess that without a political timeline Mr. Brown would never have a plan.

It's not as though there is no experience with regulating substances. Every province has liquor controls. There are provincial penal schemes that involve issuing fines or tickets for contravening regulations. It's not simple, but it's not impossible.

The police have a serious job, so their concerns shouldn't be dismissed out of hand. They worry about training their officers for the new law, preventing organized crime from selling marijuana to kids under 18 and policing for driving-while-stoned offences, which they say will require new equipment and more training.

But this is not the first-ever change to the criminal law. The police have been hearing the outlines of the law for while. They have questions about ticketing for minor marijuana offences, but cops have been issuing tickets for a good long time. They ask how they're going to deal with organized crime, but mostly, it will be the same way as before.

The Canadian Association of Chiefs of Police argues forces will need money and time to double the number of officers certified to conduct stoned-driving tests.

But legalization will not be the first time a joint was ever smoked in Canada. Half the population has tried marijuana. There's no reason to believe the roads will be filled overnight with aimlessly weaving drivers. That's just reefer madness. And for once, the police don't have cause to complain Ottawa hasn't funded training: The federal government announced last week it will pour $274-million into training, labs and so on.

There will be mistakes, but not because there hasn't been enough time. Legalization is supposed to stop making criminals out of people who do what half the country has done. Deciding that needs to be done, then delaying it for years, discredits the criminal law. Without a deadline, it seems, a lot of people wouldn't be able to focus. 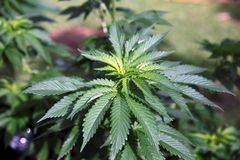 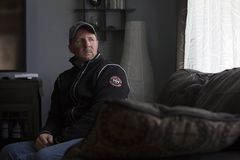