Dean Jobb is a University of King's College journalism professor and author of Media Law for Canadian Journalists.

The Alberta government is about to receive a report that will confirm what should have been obvious when it went to war last month with one of its staunchest critics: In Canada, governments cannot decide who reports the news.

Faced with a chorus of criticism – a Globe editorial condemned the move as "beyond deplorable" – the government quickly backtracked, lifted the ban and retained Ms. Boyd to help it to save face.

Provincial officials could have saved time as well as about $10,000 – Ms. Boyd's reported fee – by doing a few Google searches. They would have discovered that governments have no right to dictate who can report on their policies and decisions.

The ban was a blatant infringement of the Charter of Rights and Freedoms, which guarantees "freedom of thought, belief, opinion and expression, including freedom of the press and other media of communication."

An online search would have turned up Supreme Court of Canada rulings that confirm this provision protects everyone's right to report and comment on issues of public interest, regardless of whether they blog or tweet, report for an online media startup such as the Rebel or have a day job as a journalist.

"The traditional media are rapidly being complemented by new ways of communicating on matters of public interest, many of them online, which do not involve journalists," the court noted in 2009. "These new disseminators of news and information should … be subject to the same laws as established media outlets."

And at a time of layoffs and cutbacks in the news industry – barely a half-dozen journalists with mainstream newsrooms regularly cover the Alberta legislature – it's vital that new online media sources take on the challenge of scrutinizing government actions.

Had Ms. Notley's officials delved deeper, they would have discovered the irony of any attempt by an Alberta government to silence its critics.

During the Great Depression the government of premier William Aberhart, under fire for its controversial social-credit financial policies, introduced "An Act to Ensure the Publication of Accurate News and Information." Despite the law's lofty-sounding goal, it was designed to deliver propaganda, not truth.

The legislation authorized the province to force newspapers to publish official statements refuting its critics. Journalists could be forced to reveal their sources. Media outlets that failed to comply could be shut down.

A challenge to the so-called Alberta Press Bill went before the Supreme Court, which rallied to the defence of press freedom in a 1938 ruling that declared the law unconstitutional.

"Democracy cannot be maintained without its foundation: free public opinion and free discussion throughout the nation of all matters affecting the State," one judge declared. Another described "this right of free public discussion of public affairs" as "the breath of life for parliamentary institutions."

And had these less-than-curious Alberta officials checked, they would have discovered that the journalists of Ottawa's Parliamentary Press Gallery decide who is accredited to cover the federal government and Parliament Hill.

Practical considerations, such as the size of the room and fire regulations, may limit how many journalists can attend press briefings and news conferences. Someone who is disruptive or a security risk can be refused access.

But governments cannot use limitations such as these as an excuse to play favourites, punish critics or to control who gathers and reports the news.

And this was the motivation behind a misguided and clumsy attempt to control the news. Mr. Levant is a relentless critic of the Notley government who preaches to a right-wing audience. His brand of journalism is opinionated, strident and provocative.

But it is unquestionably journalism.

"Freedom of expression is a concept that means all voices get to be heard," Edmonton lawyer Fred Kozak, who acts for the Rebel, told the St. Albert Gazette last week, "even the ones that are disagreeable or express views that are directly opposed to your own."

This, as the Notley government learned the hard way, is how democracy works. 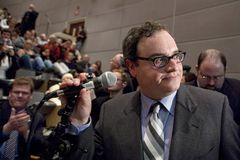 Why the Premier of Alberta shouldn’t get to decide who is ‘media’
February 16, 2016 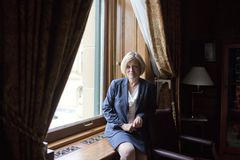