While it is normal for a prime minister or provincial premier to prorogue the legislature to set out a new government agenda, many prorogations in the past decade have been for what many see as unjustifiable lengths of time, and for unjustifiable reasons. The rules are not clear and enforcement is ineffective – and a large majority of Canadians want these problems fixed.

In November 2003, then-Prime Minister Jean Chrétien prorogued Parliament in part to avoid the tabling of the Auditor-General report into the Adscam scandal while he was still in power. Some would claim that Chrétien's prorogation was justifiable because Paul Martin was becoming prime minister and it allowed him to start fresh with a Speech from the Throne.

However, Mr. Martin and his new cabinet had the usual mid-December-to-early-February parliamentary break to prepare their plans, and if he wanted to start fresh he could have prorogued Parliament himself sometime during that break.

In December 2008, Prime Minister Stephen Harper prorogued Parliament to avoid a planned vote against his new minority government. It wasn't a clear vote of non-confidence as some have claimed, but it was definitely a united challenge of the government by the three opposition parties. The opposition parties did not stay united, however, and the Conservatives' minority government lasted another two-and-a-half years.

In December 2009, Prime Minister Harper prorogued Parliament again, claiming that he didn't want to have the government in session during the Vancouver Winter Games in February, 2010. However, the prorogation also meant that a House of Commons committee's hearings into the Afghan detainee scandal were delayed for a few months.

Three provinces offer even worse recent abuses of shutting down the legislature. After the October 2011 election, Newfoundland and Labrador Premier Kathy Dunderdale simply didn't open the legislature until March 2012. In the summer of 2012, British Columbia Premier Christy Clark prorogued the legislature and didn't open it again until the spring of 2013.

And in October 2012, Ontario Premier Dalton McGuinty prorogued the legislature and announced his resignation, keeping the legislature closed for four months to prevent a vote of non-confidence, and an election, until his Liberal Party could hold a leadership race to replace him.

And then there is Prime Minister Harper's current prorogation, including his reported plan to delay the opening of Parliament by one month (which will cut 20 of the 55 days out of the fall session).

Given the minority governments currently in Ontario and in Quebec, watch for future similar prorogations by those provincial premiers also aimed at avoiding non-confidence votes, committee inquiries, and daily challenges and questions from opposition parties.

So what can be done to ensure that prorogations can be used but not abused?

According to a December 2012 survey of more than 2,000 Canadians, 84 per cent of Canadian voters want Canada's currently vague, unwritten conventions that govern prorogations (and related situations such as votes of confidence, election calls, and the opening of the legislature and formation of the government after an election) turned into clear, written, enforceable rules.

This is not surprising given that most democratic governments in the world, including Britain, Australia and New Zealand, have written rules to ensure clarity and fairness for all parties and the public in these kinds of situations.

What could be reasonable rules for prorogations? Most legislatures in Canada take a mid-December to early February winter break, and a mid-June to mid-September summer break. As a result, all governments have two times each year when they could be allowed to prorogue, would have time to plan and reset their governments, but would be prohibited from delaying the scheduled re-opening of the legislature.

Some may feel prorogations when a legislature is open should also be allowed but it is very difficult to see any reason for them. Even in a situation like the one Dalton McGuinty created, a prorogation shouldn't be allowed because of the unfairness it causes to the opposition parties. Any danger of a vote of non-confidence by the opposition parties that forces an election can be mitigated by the prime minister or premier giving adequate notice of their resignation, and resigning just before a usual legislature break during which the party's leadership race can be held.

To be strong and clearly enforceable, these rules could be added to Canada's constitution (under section 44 of the Constitution Act, 1982 , Parliament alone can change these type of rules, and under section 45 any provincial legislature alone can amend its own rules), or enacted as a law or resolution by each legislature.

These rules would give the Governor-General at the federal level, and the provincial lieutenant-governors, clear powers to say no to an unjustifiable prorogation request.

Another helpuful change that a majority of Canadians want (according to a June 2010 survey , May 2012 survey , and a February 2013 survey ) is to change the Governor-General and lieutenant-governors from appointed representatives of the monarchy who are effectively chosen by the Prime Minister into democratically chosen representatives. This change would give them democratic legitimacy to say no to an elected prime minister or premier, and could be made without even passing a law, let alone amending the constitution.

The question is, will Canada's political leaders give the large majority of Canadians what they want by finally following the lead of most other countries and working together to make changes that will make legislatures across the country operate more fairly and democratically?

Duff Conacher is the coordinator of Your Canada, Your Constitution , a national educational charity that is fostering a national discussion of Canada's constitution leading up to Canada's 150th birthday in 2017. 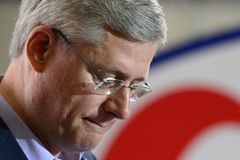 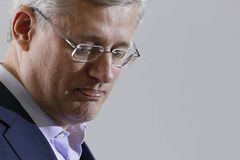 Why prorogation is good for Trudeau and bad for Mulcair
Subscriber content
August 22, 2013 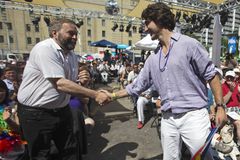 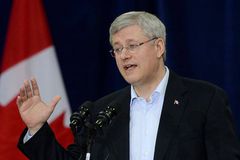 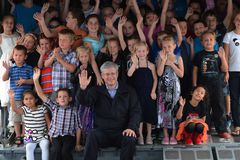