Thomas Juneau is assistant professor at the University of Ottawa's Graduate School of Public and International Affairs. He is a former analyst with the Department of National Defence.

The protests that erupted throughout Iran in December sparked renewed debate about the virtues of the Liberal government's pledge to re-establish diplomatic relations with the Islamic Republic, which had been severed by the Conservative government in 2012. Yet recent events underscore the costs of not having a diplomatic presence in Tehran.

Critics of the government's pledge allege that the Trudeau government, by naively cozying up to the "mad mullahs," lends legitimacy to the Islamic Republic's most unsavoury policies, especially its human rights record and its support for terrorist and militant groups and for the Assad regime in Syria. Many also claim that trade must not trump values: Whatever the potential of the Iranian economy, the crimes committed by the regime should not justify blindly re-engaging a brutal and kleptocratic theocracy. Underlying these arguments is the idea that Canada can have an impact: If only Ottawa took a harder stand against the regime and expressed clear support for the protesters, we would actually make a difference, the thinking goes.

None of these arguments stands up to scrutiny. It's not that they get all their facts wrong. The Islamic Republic's human rights record is abysmal, and many of its foreign policies run directly counter to our interests and those of our allies and partners. But they are based on wishful thinking and are logically incoherent.

The critics' arguments are based on a flawed reading of what diplomacy is. Its goal is to advance national interests and values, not to restrict dialogue to the like-minded and to shun others. If critics reject relations with Iran because of human rights and policy disagreements, how can they justify relations with Egypt, China, Russia or multiple others? The critics' preferences are also premised on an inflated self-perception. The precise wording of Ottawa's press releases will not change the reality that Canada is only a marginal player in Iran.

By foregoing relations with Iran, Canada misses out on many opportunities. Nobody seriously claims that having diplomats in Tehran would magically solve the many difficult consular cases, but it would likely make a positive, albeit limited, difference. Iran is a large, middle-income country. It remains choked by sanctions and economic mismanagement, but it does present opportunities for Canadian business. Iran is an important regional power; purposely refraining from being there only restricts our already limited options.

Sound policy-making requires good information. Diplomats on the ground provide valuable reporting on the situation inside Iran that, in particular, would have been useful when confusion surrounded the first protests. Canada's presence in Tehran was, moreover, appreciated in Washington, where it was viewed as a useful source of information and a potential channel to communicate with Iranian authorities. Diplomats based in Iran can also convey disagreements and other concerns more effectively than the moralizing megaphone and press release diplomacy that critics support.

Unfortunately, it is unlikely that we will see embassies opening in Tehran and Ottawa any time soon as a direct result of actions taken by the Harper government. In particular, it passed the Justice for Victims of Terrorism Act, which (alongside modifications to the State Immunity Act) empowers victims to sue perpetrators of terrorism, and countries that support them, for loss or damage that occurred as a result of a terrorist act committed anywhere in the world. This process notably allows for the seizure of property owned by Iran – listed as a state sponsor of terrorism – in Canada in connection with a judgment against it.

This remains a key stumbling block. For Ottawa to delist Iran would be procedurally simple, but politically explosive; Tehran, for its part, finds the legislation unacceptable. From the Conservatives' perspective, this must count as a success. They successfully tied the hands of their successors to ensure the perpetuation of their preferred outcome. It is conceivable that a creative compromise will eventually emerge, satisfying both sides' concerns. But in the meantime, the status quo hampers Canada's ability to pursue its interests and values in the Middle East.

Opinion
Will the Iran protests lead to progress?
January 8, 2018 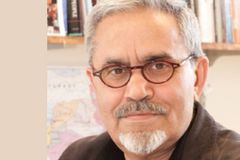 Opinion
Iran’s protest could be quashed by outside forces
January 4, 2018 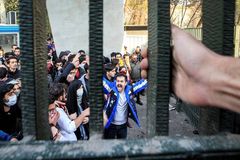