While the world economy is now recovering from the first global financial crisis since the 1930s, the global debate on how best to present a reoccurrence is anything but settled. Financial reform proposals in the United States, the European Union, Britain and elsewhere present quite different views on how this core sector should be regulated, with the battle over a proposed bank tax being a prominent example. In all this, as a recent Financial Times article observed, "Canada is a real-world, real-time example of a banking system in a medium-sized, advanced capitalist economy that worked. Understanding why the Canadian system survived could be a key to making the rest of the West equally robust."

The sharp contrast between the Canadian experience and how negatively the financial crisis affected the United States, and much of Europe, reflects different regulatory regimes, as well as different corporate governance systems, financial institution lending practices and different structures. Interestingly, in the halcyon years before the financial crisis, Canadian practices were often criticized in New York and London as being too conservative, too prudent and too unwelcoming of the new financial innovations that were sweeping global balance sheets.

Canada has integrated regulation of banks, insurance companies and large investment dealers. The head of the Office of the Superintendent of Financial Institutions (OSFI), Canada's regulator, regularly meets the largest financial institutions, to make sure that they are governed so as to be sound and stable. Canada allows securities firms to be bank-owned, and OSFI regulates the banks on a consolidated basis (retail, commercial, investment and wealth activities) worldwide, in contrast to the regulatory silos in the United States. The Canadian regulatory approach is both prescriptive and principle-based. This combination puts the onus on a financial institution to assure itself that it has met the intent of the legislation, in addition to what is explicitly prescribed.

Canadian financial institutions were less highly leveraged than their international peers in the precrisis period. This reflected the fact that Canada has a regulatory cap on leverage at an asset-to-total-capital ratio of 20 to 1. As a result, major Canadian banks had an average asset-to-capital multiple of 18 in 2008, while the comparable figure for many U.S. banks was more than 25, and numerous European banks were well over 30.

Capital requirements for Canadian financial institutions were above international standards, and Canadian banks typically maintained capital above these minimum requirements. Further, Canadian banks rely more on depository funds than on wholesale funding, compared which banks in many other countries, which provides more stability in times of market volatility.

A key asset class that fuelled the global financial crisis was subprime mortgages. The vast majority of Canadians mortgages are originated by banks to be held, thereby providing a "front-line" incentive not to lend where there is a high risk of default; unlike the U.S., where the majority were originated to be sold. In Canada, this is further buttressed by government regulations that require insurance for high-ratio mortgages and higher credit standards on the eligibility for mortgage insurance.

This financial-sector framework has to be overlaid on a Canadian economy with strong fundamentals: a decade of sustained government surpluses, solid corporate balance sheets, low and stable inflation, low net foreign indebtedness (less than the U.S.), the lowest net government debt as a proportion of GDP among the G7 countries, and an actuarially sound national pension plan. Taken together, this combination of macroeconomic management, regulatory systems, corporate governance structures and banking practices has produced what the World Economic Forum rates as the soundest financial system in the world.

As world leaders contemplate global financial reform, there are lessons to be learned from Canada's experience and principles for reform to be drawn from the Canadian approach.

First, macroeconomic behaviours and microeconomic systems don't exist in splendid isolation from each other. Prudent, long-term, fiscal and monetary policies are beneficial for financial sectors; conversely, macroeconomic policies that contribute to imbalances will eventually infect financial markets, no matter how sound the regulatory systems.

Second, globalization, together with the pervasive interconnections among markets it has spawned, has to be better understood. This should inform both the structure and operation of regulatory systems. It requires getting the "perimeters of regulation" right: sufficiently broad to avoid regulatory arbitrage, sufficiently comprehensive to cover all systemically important firms, sufficiently "smart" to allow firms to intermediate efficiently, and sufficiently "simple" to avoid excessive complexity and uncertainty.

Third, prudence may be boring, but it pays off, particularly when viewed over the complete economic cycle. Regulatory systems and business planning should be based on business cycles as the norm; they should not presume benign economic growth. The value and effectiveness of safety-net systems, whether they are financial-system capital requirements or economy-wide programs, have to be evaluated over the complete cycle.

Fourth, regulatory systems can't be the first line of defence in our complex, decentralized, market-based system, and they can't be exclusively prescription-based. That first line of defence has to be at the level of the firm, and imbedded in its corporate governance structures, procedures and values. Regulatory systems have to be both principle-based and prescriptive, and put the onus on firms to manage for safety and soundness as a principle, as well as meeting the required rules. This is the regulatory equivalent of general anti-avoidance legislation in the tax system.

Fifth, financial-sector reform needs to increase the quantity and quality of capital that financial institutions are required to hold, but it also needs to address the problem of pro-cyclicality, which is a feature of current regulatory systems. Pro-cyclical regulatory systems effectively require more capital in downturns, when you actually could use the capital buffer, leading to deleveraging and exacerbating the economic cycle. One solution is to take a complete-cycle view of appropriate average levels of regulatory capital, and allow additional capital accumulation during the expansion phase that can be drawn down during the contraction phase.

Sixth, there is much consideration being given to the twin challenges of systemic risk and moral hazard. Some argue that the solution to "too big to fail" is more functional separation of what a financial institution can or cannot do; others make the case that more consolidated risk management and strengthened regulation, including higher capital requirements and greater transparency, are more practical ways to proceed.

In seeking the right balance, policy-makers need to bear in mind that the lack of regulatory oversight on financial activities such as over-the-counter trading, hedge-fund positions and counterparty-risk concentrations played a role in the financial crisis, and that a more comprehensive and consistent regulatory environment should be the end objective.

Eighth, on governance, the G20 took the lead in organizing the international response to the global financial crisis. They designated the G20 as the key forum for international economic co-operation, and agreed to a framework for financial-sector reforms. But while this complex international process unfolds over the coming months, the risk is that the urgency and cohesion of 2009 could give way to complacency as the recovery strengthens and to a reassertion of policy differences among countries. Neither development would serve the global economy well. Now more than ever, markets and consumers want signs of concrete progress, and financial institutions need certainty about the reformed system and its rules.

The financial crisis provides the impetus to learn from what went wrong, and to introduce reforms that will make such crises less likely and less traumatic in the future. It will be important to learn these lessons well. Canada, both as chair of the 2010 G8 Summit and co-chair of the G20 Summit, has the opportunity to play a leadership role in an effective reform process. Canada's unique experience in avoiding the worst of the financial crisis gives it the credibility to lead.

Kevin Lynch is vice-chair of BMO Financial Group and former clerk of the Privy Council and secretary to the cabinet. 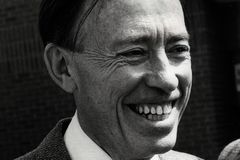 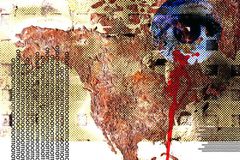 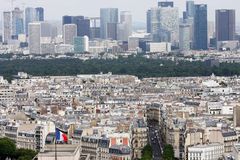 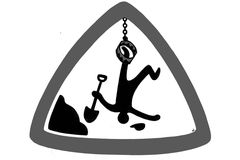