Anthony Feinstein is a psychiatrist at the Sunnybrook Health Sciences Centre in Toronto, a professor at the University of Toronto and the author of Journalists Under Fire: The Psychological Hazards of Covering War.

The high price some soldiers pay after they've returned home has made headlines once again: A one in 10 Canadian veterans have post-traumatic stress disorder, The Globe reported on Saturday.

The focus on PTSD as the soldiers' mental malady is understandable because it is the quintessential trauma disorder. However, PTSD as the "face" of trauma should not obscure the fact that other mental illnesses may also develop in response to exposure to grave danger. Major depression, anxiety disorders, dissociative reactions and substance abuse are not uncommon. And one or more of these conditions may be found together with PTSD, a co-morbidity that adds considerably to the therapeutic challenge. The 10-per-cent figure quoted for PTSD in the Canadian Armed Forces is therefore an underestimate of a broader degree of emotional distress that has arisen as a consequence of war.

Looking beyond psychological trauma, PTSD can leave veterans at increased risk of physical illness, too. Here the data are most robust for coronary artery disease. Even if one takes into account other related factors that may predispose someone to heart disease, such as smoking, being overweight and depression, the association with PTSD remains.

While PTSD can bring down a veteran very hard, the distress experienced is often transmitted to family members as well. Partners and children can struggle to live with a loved one who has returned home angry, irritable, withdrawn and distracted, and who can no longer enjoy and partake in the kinds of activities that gave the family so much pleasure in the past. Emotional trauma can cast a long shadow.

Given that the one in 10 number is likely an underestimate, we need to frame these numbers in a broader context. The Canadian figure falls between the British (4 per cent to 7 per cent) and U.S. (15 per cent) rates for veterans from the same theatre of war.

These differences may be explained by a series of risk factors that differ between the armed forces of the three countries. These include younger age, less education, being a reservist, longer tours of duty, no decompression time before returning home and different patterns of support and treatment provided in the field. Some of these factors are modifiable, suggesting that lessons should be learned by the military before embarking on new combat missions.

Numbers are informative, but they can also be misleading. Prevalence rates will differ considerably according to the period (one-month, one-year, lifetime) measured. This should be borne in mind when comparing the rates of PTSD in veterans with those in the general population.

Furthermore, prevalence rates vary according to gender. Women historically have had significantly higher rates than men, although there is some evidence that within the military these differences are attenuated. But given that the majority of the Canadian military members who have seen combat are overwhelmingly men, the PTSD figure of one in 10 takes on even greater weight.

But there are some optimistic signs amid concerns over high numbers, co-morbid medical and psychiatric disorders and family burdens. According to Gloria Galloway's article, Veterans Affairs Minister Kent Hehr has his sights firmly set on helping veterans in emotional distress. Concerted efforts are also being made nationally within society at large to lessen the stigma associated with mental illness. Some of these benefits will surely trickle down into the military, in which similar efforts will hopefully gather steam with Mr. Hehr's assertion that "even one soldier, sailor or aviator suffering from the invisible wounds of a mental-health injury is one too many."

Veterans with PTSD should know that there are now treatments, such as cognitive behaviour therapy, prolonged exposure therapy and eye movement desensitization and reprocessing, that offer the hope of a cure or – at the very least – a reduction in symptoms.

However, treatment will take place only if the veterans step forward and request it. Creating a culture within a military ethos that allows them to do so is an imperative.

Opinion
PTSD: The arc of justice bends toward first responders
January 5, 2016
One in 10 Canadian vets of Afghan war diagnosed with PTSD
January 22, 2016 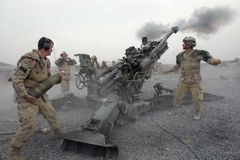 How do we help the first responders who endure trauma when helping us?
January 15, 2016
Follow us on Twitter @globedebate Opens in a new window
Report an error
Due to technical reasons, we have temporarily removed commenting from our articles. We hope to have this fixed soon. Thank you for your patience. If you are looking to give feedback on our new site, please send it along to feedback@globeandmail.com. If you want to write a letter to the editor, please forward to letters@globeandmail.com.
Comments