Raed al-Saleh is director of the White Helmets, a Syrian rescue organization

Four years ago, I was an electronics salesman in Idlib, Syria. Today, I am the director of a Syrian rescue organization known as the White Helmets. In March, 2013, the Syrian regime was conducting 50 air strikes a day against civilian targets in Aleppo, including using barrel bombs to destroy marketplaces, small businesses and residential neighbourhoods. Hundreds of people were being killed daily. For those trapped beneath the rubble, there was no prospect of being rescued. There was no hope.

In 2013, the Syrian regime gave us a choice: leave or be killed. For most of our communities, leaving was not an option. But nor was waiting to be killed. So in northern Aleppo, a group of carpenters, bakers, builders and taxi drivers chose to take matters into their own hands. After receiving a week of training from an international NGO and a small equipment pack, they returned to their community. Two days later, they saved a family of four from the rubble.

Three years on, the White Helmets are now 3,000 volunteers working in 120 teams across Syria. Although our teams were initially set up to provide rescue services, we quickly realized that our skills, together with the equipment and training we received, allowed us to do much more for our communities than rescue them after an attack. When we weren't pulling people out of the rubble, we could provide medical services, educate the community, reconnect electricity and water and reopen roads, schools and hospitals.

We have become the Swiss Army knife of community service delivery in crisis, with a flexible tool kit for delivering the needs of the community as they evolve. We have seen how much can be achieved with how little, when that investment is made directly into the community, for the benefit of the community.

Every single one of us has taken an oath to save lives regardless of political, religious or sectarian affiliation. We are neutral, impartial and humanitarian. Our volunteers are drawn from the communities they serve and we now represent a broad country-wide network of first responders.

Many volunteers – 148 of our team – have been killed, and over 450 have been seriously injured. Our work has been referred to as "the most dangerous job in the world." In a war that has claimed the lives of over 450,000 civilians with over 50 per cent of families displaced, we have saved an estimated 73,000 lives. But our biggest contribution has been bringing hope where previously there was none.

Hope, by its nature, looks forward. We hoped and imagined that the conflict would end sooner and that we would lay down our tools and return to our normal lives. Today we know that what has happened to our country will not be undone and that for most of our volunteers, there are no homes to return to.

Our vision now is that what we have built over the past three years will be able to play an essential role in the reconstruction, recovery and reconciliation of our country. We hope that the teams that are today using their tools to break through the rubble and search for survivors will in the future use those same tools to rebuild houses, roads and local infrastructure.

One day the fighting will end. The greatest challenge will not be to rebuild the roads between communities but to rebuild the trust between them. Trust has been destroyed inside Syria: trust in our government, which claimed it had a responsibility to protect its citizens; trust in the desire or ability of the international community to take action on our behalf; and trust in our fellow Syrians to behave towards one another with humanity.

What has underpinned our success to date has been the trust placed in us by the disparate communities we serve. This trust has been earned through our actions, through the legitimacy, representativeness and the credibility of our members, through the humanitarian values they embody and through the clear mission of the organization: Save lives and serve the community. In the same way that the White Helmets have brought hope in hopelessness, our vision is to help restore trust where there is none. 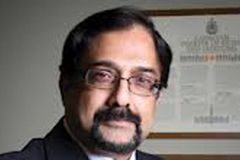 Opinion
Is America better off and the planet safer?
November 21, 2016
Opinion
The tweets of a young girl in Aleppo: Will a seven-year-old shock us into action?
December 3, 2016
Follow us on Twitter @globedebate Opens in a new window
Report an error
Due to technical reasons, we have temporarily removed commenting from our articles. We hope to have this fixed soon. Thank you for your patience. If you are looking to give feedback on our new site, please send it along to feedback@globeandmail.com. If you want to write a letter to the editor, please forward to letters@globeandmail.com.
Comments