Tell me your Ukraine and I will tell you who you are. The Ukrainian crisis is a political Rorschach test. What it reveals is not encouraging for the West. It turns out that Vladimir Putin has more admirers than you might expect for someone using a neo-Soviet combination of violence and the big lie to dismember a neighbouring sovereign state. When I say admirers, I don't just mean the governments of Venezuela and Syria, two of his most vocal supporters. The Russian strongman garners tacit support, even quiet plaudits, from important emerging powers, starting with China and India.

During a recent visit to China, I kept being asked what's going on in Ukraine, and I kept asking in return about the Chinese attitude to it. Doesn't a country that has so consistently defended the principle of respecting the sovereignty and territorial integrity of existing states (be they former Yugoslavia or Iraq), and that has a couple of prospective Crimeas of its own (Tibet, Xinjiang), feel uneasy about Russia simply grabbing a chunk of a neighbouring country?

Well, came the reply, that is a slight concern, but Ukraine is a long way away and, frankly speaking, the positives of the crisis outweighed the negatives for China. The United States will have another strategic distraction (after al-Qaeda, Afghanistan and Iraq) to hinder its "pivot" to the Asia-Pacific region and divert its attention from China. Cold-shouldered by the West, Russia will be more dependent on a good relationship with Beijing. As for Ukraine, which already sells China higher-grade military equipment than Russia has been willing to share: The new Ukrainian authorities have already quietly assured Chinese authorities that Beijing's failure to condemn the annexation of Crimea will not affect future relations. What's not to like?

Beyond this realpolitik, I was told, there is also an emotional component. Chinese leaders such as Xi Jinping, who grew up under Mao Zedong, still instinctively warm to the idea of another non-Western leader standing up to the capitalist and imperialist West. "Xi likes Putin's Russia," said one well-informed observer. Chinese media commentary has become more cautious since Mr. Putin moved on to stirring the pot in eastern Ukraine. The nationalist Global Times, which spoke last month of the "reality" of "Crimea's return to Russia," now warns that "Ukraine's eastern region is different from the Crimea. Secession of the region from Ukraine strikes a direct blow to territorial integrity guaranteed by international law."

However, this growing concern did not apparently cool the warmth of the welcome given to Russian Foreign Minister Sergei Lavrov in Beijing on Tuesday. Mr. Xi said relations between China and Russia "are at their best" and have played "an irreplaceable role in maintaining world peace and stability." The Chinese Foreign Ministry pronounced China-Russia to be the "major-country relationship that boasts the richest contents, the highest level and the greatest strategic significance." Cry your eyes out, Washington. And Beijing looks forward to welcoming Mr. Putin for a major summit next month.

It's not just China. A friend of mine has just returned from India. He notes that, with the likely electoral success of Narendra Modi and the growth of India's own "crony capitalism," liberal Indian friends fear that the world's largest democracy might be getting its own version of Putinismo. In any case, India has so far effectively sided with Russia. Last month, Mr. Putin thanked India for its "restrained and objective" stance on Crimea. India's postcolonial obsession with sovereignty, and resentment of any hint of Western liberal imperialism, plays out (rather illogically) in support for a country that has just dramatically violated its neighbour's sovereignty. An Indian satirical magazine even suggested that Mr. Putin had been hired as "the chief strategic consultant for India in order to bring a once-for-all end to the Kashmir issue." Oh, and by the way, India gets a lot of its arms from Russia.

Russia's two other so-called BRICS partners, Brazil and South Africa, both abstained on the United Nations General Assembly resolution criticizing the Crimea referendum. And they joined Russia in expressing "concern" at the Australian Foreign Minister's suggestion that Mr. Putin might be barred from attending a G20 summit in November.

What the West faces here is the uncoiling of two giant springs. One, which has been extensively commented upon, is the coiled spring of Mother Russia's resentment at the way her empire has shrunk over the past 25 years.

The other is the coiled spring of resentment at centuries of Western colonial domination. This takes very different forms in different BRICS countries and members of the G20. They certainly don't all have China's monolithic, relentless narrative of national humiliation since Britain's Opium Wars. But one way or another, they do share a strong and prickly concern for their own sovereignty, a resistance to North Americans and Europeans telling them what's good for them, and a certain instinctive glee at seeing the U.S. (not to mention Britain) being poked in the eye. Viva Putinismo!

Obviously this is not the immediate issue on the ground in Ukraine, but it is another big vista opened up by the East European crisis. As we go deeper into the 21st century, there will be more Ukraines.

Timothy Garton Ash is professor of European Studies at Oxford University and a senior fellow at the Hoover Institution, Stanford University.

Opinion
In the battle of hearts and minds, Kiev is losing eastern Ukraine
April 15, 2014 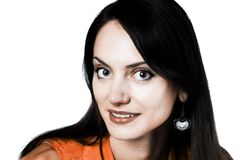 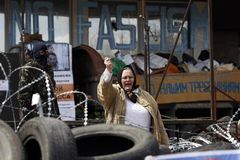